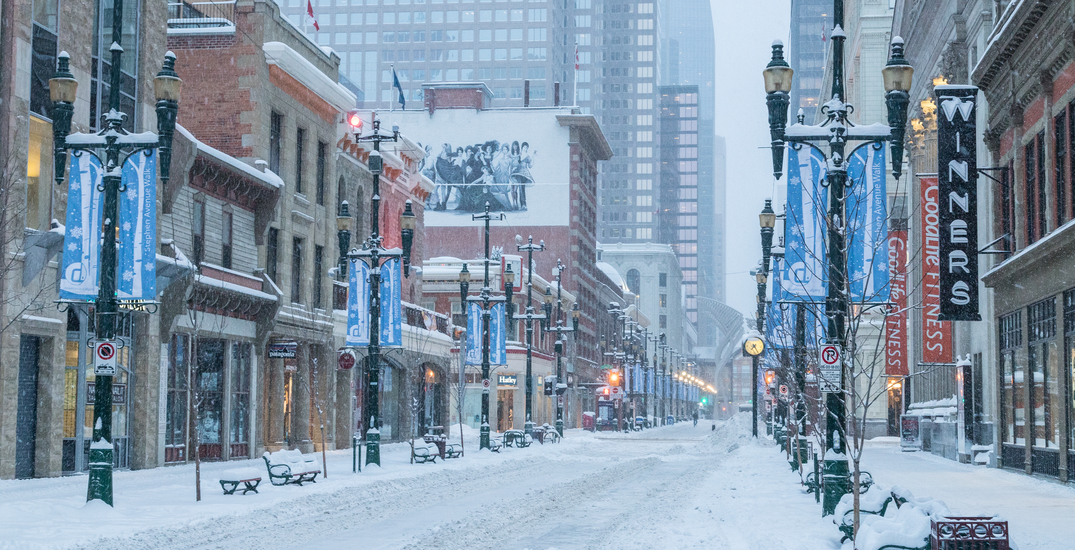 Environment Canada has issued a snowfall warning for Calgary this morning, with amounts of 10 to 15 centimetres of the white fluffy stuff predicted.

At 11:01 am on Friday, the government weather agency put a snowfall warning in effect for the city, in addition to warnings in other areas of the province, including Rocky Mountain House, Caroline, Airdrie, Cochrane, Olds, and Sundre. 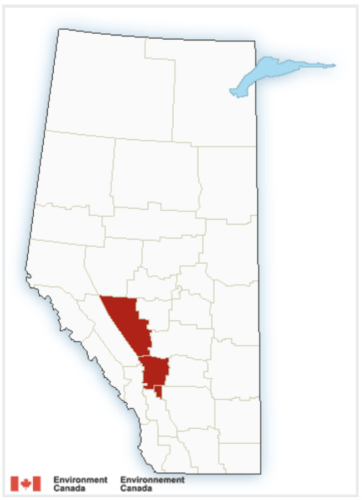 “A heavy band of snow has developed in southern Alberta,” said Environment Canada, “extending from Rocky Mountain House to the Calgary area.”

The snow is forecast to taper off this afternoon; however, a total of 10 to 15 centimetres is expected to fall first.

Environment Canada advises caution if you plan on travelling today.

“Rapidly accumulating snow could make travel difficult over some locations,” reads the agency’s website. “Visibility may be suddenly reduced at times in heavy snow.”

It’s 1ºC in Calgary at the time of writing, and the city is predicted to reach a high of 5ºC on Friday.

The weekend weather is forecast to be a lot nicer, with a high of 12ºC and “mainly sunny” skies on Saturday and another high of 12ºC expected on Sunday with sunshine. 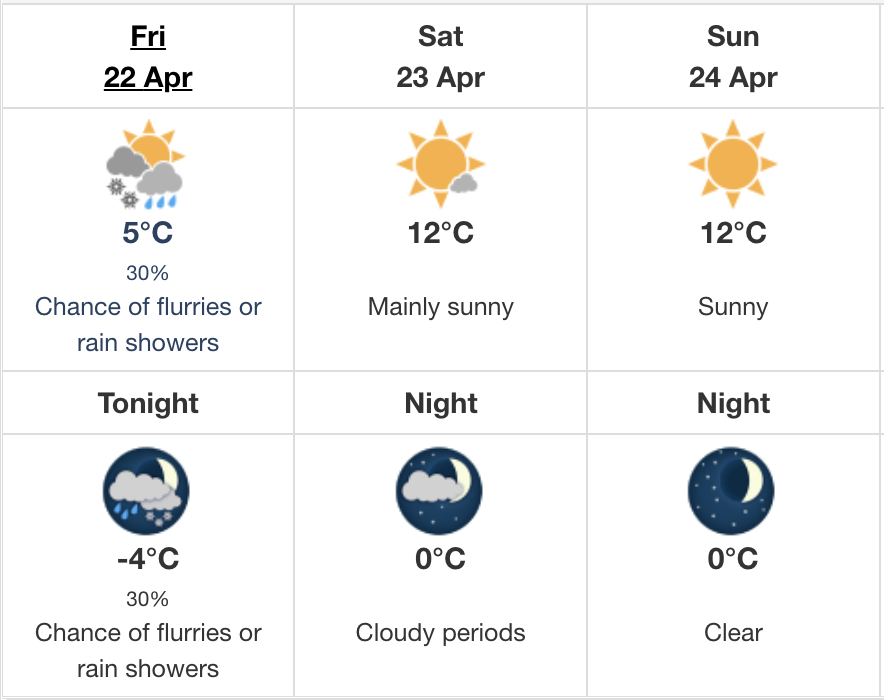 Hopefully, with those double-digit temps coming our way, today’s snow won’t stick around for long!