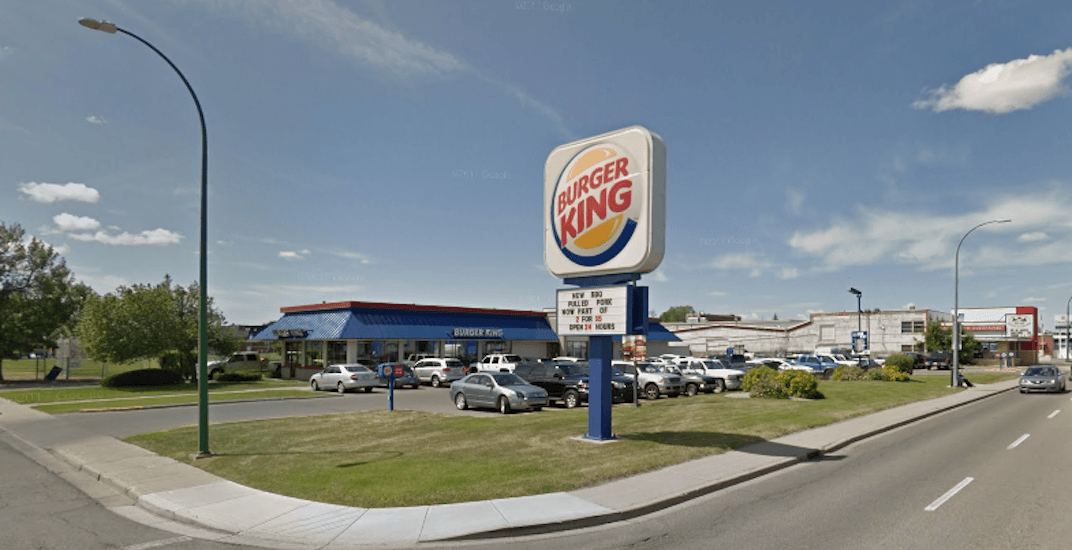 According to an order posted by Alberta Health Services, the Burger King at 1950 3rd Avenue South in Lethbridge, Alberta, had “evidence of sleeping/living accommodations for foreign workers found in another room.”

The restaurant was given until January 17, 2018 to remove all mattresses and furnishings, and to disallow anyone from living or sleeping at the restaurant.

According to a statement sent to Daily Hive from the Alberta Health Services, the restaurant had complied by Wednesday, and the order had been rescinded.

It is our duty to protect public health, and this includes ensuring restaurants and food establishments meet the requirements of the Public Health Act.

AHS strives to work proactively and collaboratively with business owners to address issues, before escalating to Executive Orders or other enforcement measures.

The Executive Order issued by Environmental Public Health to Burger King on January 10, 2018 addressed the unsanitary conditions of a back room, evidence of living/sleeping accommodations, and the inappropriate storage of equipment.

Environmental Public Health Inspectors are empowered under the Public Health Act to order that any unsafe conditions be repaired or removed when necessary when such conditions may put public health at risk.

At this time, the work has been completed and the order has been rescinded as of this morning.

The accommodations were in violation of Alberta Health Services’ Food Regulation section 17 (1), which states “An operator must ensure that, before operation of the commercial food establishment commences, has all its food handling areas separated from living quarters and from other areas where activities are carried out that are incompatible with the safe and sanitary handling of food.”

The owner of the Burger King location has reportedly denied the accusations. Daily Hive has reached out to Burger King, but at the time of writing had not heard back.