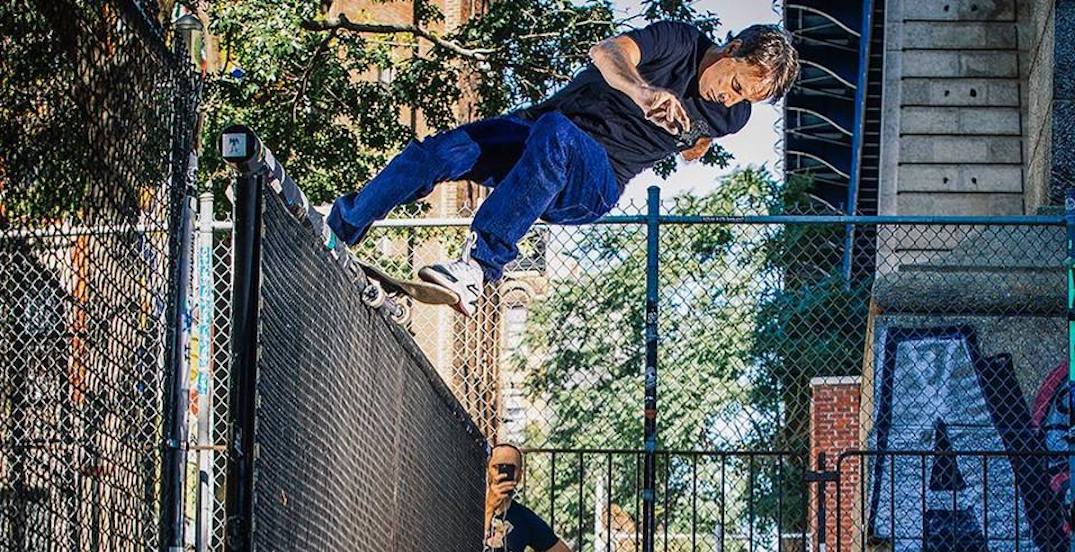 Tony Hawk is coming to Banff.

The legendary skateboarder will be in the town of Banff, Alberta next month to accept the Cult Brand Personality Lifetime Achievement Award at The Gathering Marketing Summit.

Hawk, who turned 50-years-old last May, will be recognized for his sporting career, entrepreneurial endeavours, and acts of philanthropy.

“Tony Hawk is one of the most recognized athletes out there. He’s a role model for fans of all ages,” said Bradley Foster, Managing Director of The Gathering, in a release.

“He’s had an outstanding skateboarding career, but he’s also been able to turn that into a marketing engine for several successful businesses and use his celebrity to do incredible good for high-risk kids around the world.”

Hawk is perhaps best known for being the first skateboarder to ever land a 900, which he did at the X Games back in 1999. He had become a pro skateboarder when he was 14, and made a name for himself as one of the best in the sport within just a few short years.

Following his many years as a competitive skateboarder, Hawk built a video game franchise, a clothing company, the RIDE YouTube channel, and a skateboard company.

He also started the Tony Hawk Foundation, which has provided nearly $8 million in funding to over 600 skateparks all around the world.

He will be presented with the lifetime achievement on February 21 as part of The Gathering marketing summit at Fairmont Banff Springs.

Time: Agenda can be found online