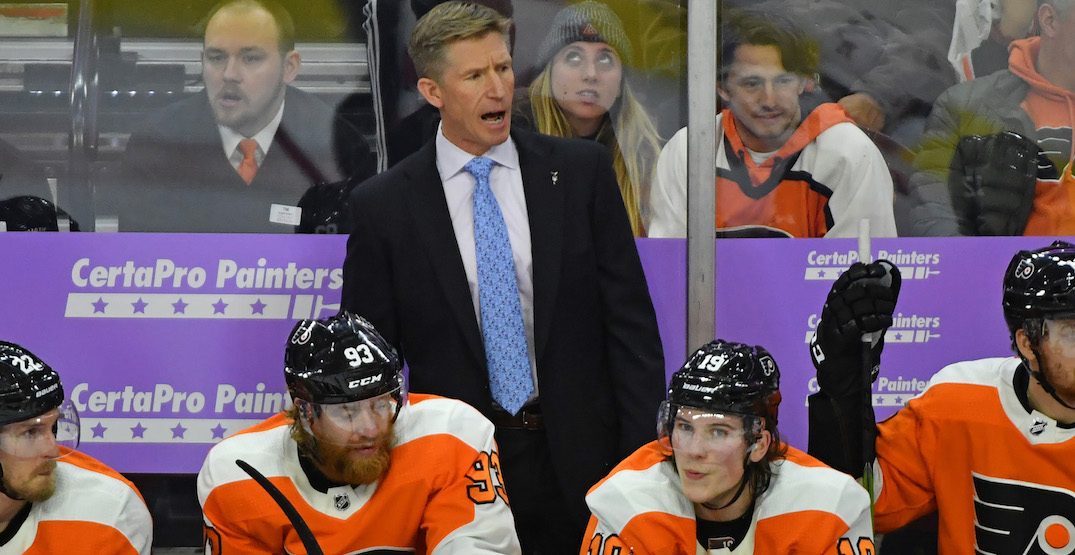 The Seattle Kraken have found their man.

“I am incredibly proud to announce Dave Hakstol as the first head coach of the Seattle Kraken franchise,” said Kraken GM Ron Francis in a media release. “Dave possesses great experience, a strong work ethic, a solid technical understanding of the game, and the remarkable ability to communicate clearly and effectively. I look forward to working with Dave as we strive to build a team our fans will be proud of.”

Hakstol is a surprise choice, as Rick Tocchet was the name most mentioned in reports, though Seattle also reportedly interviewed David Quinn, Rocky Thompson, and Joe Sacco.

Hakstol, 52, comes to Seattle after spending the past two seasons as an assistant coach with the Toronto Maple Leafs. He has over three years of NHL head coaching experience, posting a 134-101-42 record with the Flyers from 2015 to 2018.

“I am looking forward to being a part of the group that builds a team that plays with pride, passion and selflessness for the city of Seattle,” said Hakstol.

Prior to getting his first shot at coaching in the NHL in 2015, the Warburg, Alberta native spent 15 seasons at the University of North Dakota, including 11 years as head coach.

The Kraken have a busy month ahead of them, as they’ll acquire the bulk of their players at the expansion draft on July 21. The NHL Draft begins three days later, on July 23, with Seattle holding the second overall pick.

Seattle will begin play next season, which should begin in October.

“We are so proud of the momentum built for this franchise to launch,” said Kraken CEO Tod Leiweke. “Today is another major step forward. On behalf of David Bonderman and our entire ownership group, we welcome Dave Hakstol to Seattle and to the Seattle Kraken.”