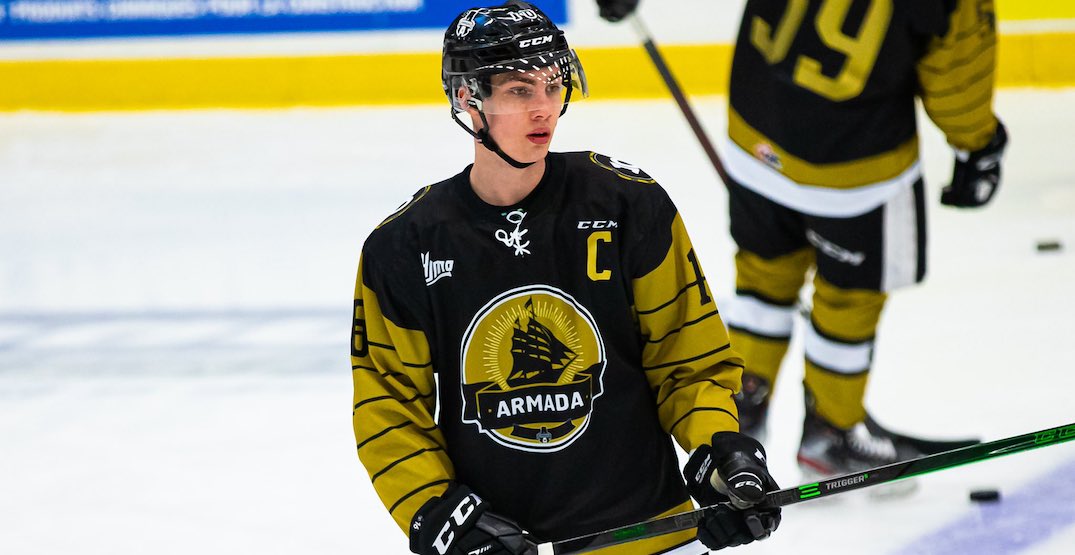 The Seattle Kraken made franchise history today, announcing the addition of the first player in the team’s young history.

The Kraken officially joined the NHL as a full-member franchise on April 30, after paying the final $650 million expansion fee. It means that the team can now do things like sign and trade for players, attend league meetings, vote on rule proposals, and receive confidential league information.

Most of the players that will take to the ice for the Kraken next season will be acquired on July 21 in the expansion draft. Until then, expect the franchise to make small moves like the one announced today.

Luke Henman is now the answer to a trivia question, as the Kraken announced signing the 21-year-old forward.

A free agent coming out of junior hockey, Henman is the captain and leading scorer for Blainville-Boisbriand Armada in the QMJHL. The Halifax native scored 43 points in 32 games this season.

Henman signed a three-year entry-level contract and will likely start next season with Seattle’s AHL affiliate in Palm Springs. He was previously drafted by the Carolina Hurricanes in the fourth round of the 2018 draft.

“Our scouts have been watching players all year,” Kraken GM Ron Francis told NHL.com. “In this case, [scout] Mike Dawson has been a strong supporter for Luke. [Director of amateur scouting] Robert Kron and [scouting advisor] Tony McDonald like him too.”

“He has solid character. We do think he needs to get stronger. We are excited to sign him as our first player.”

Henman, who is listed at 6-foot-0 and 172 pounds, told NHL.com he wants to put on more weight this summer.

“I have a belief in my game. My main focus will be to put in the work to get better,” he said.

“I can’t thank them enough for believing in me. Now it’s up to me to prove I belong.”