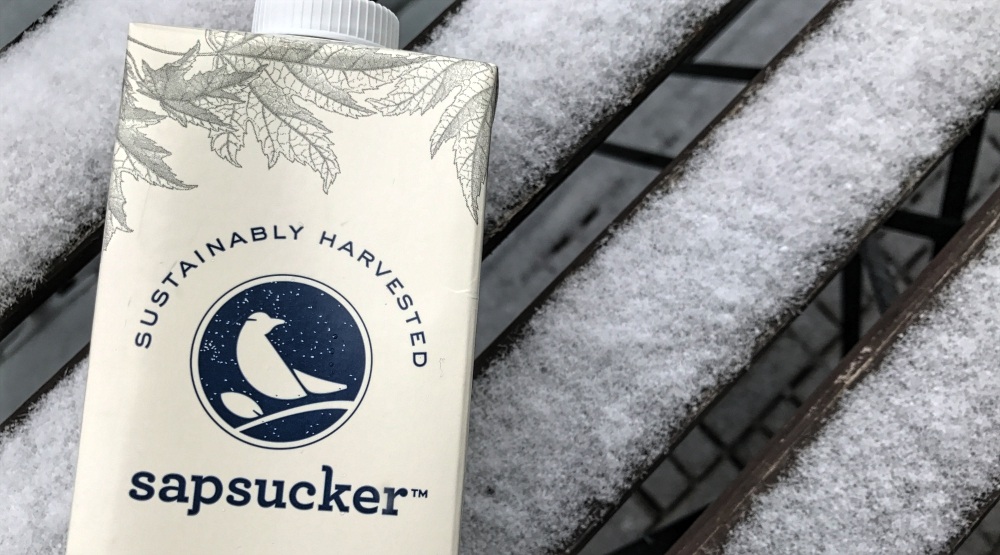 If anything could ever usurp the iconic Caesar cocktail as the most Canadian beverage ever… this might be it.

I hesitated at the $5 price tag on a one-litre tetra pack but having now done it once, I already know I’d do it again. What will it taste like with vodka? What if I brewed an espresso with it?

Still? Sparkling? Or, Sap? It’s already an option at dozens of restaurants in Toronto including Antler, Café Belong and Actinolite, to name just a few.

And it’s for sale at retailers across Ontario, Alberta, BC, and online nationwide.

It’s the signature product from Ontario-based Lower Valley Beverage Company founded in 2014 by two families, the Chapmans and the McGlaughlins.

Were it to be boiled down and distilled, it would yield maple syrup on a ratio of 40:1 (40 litres of sap would make 1 litre of syrup), but in this instance, the sap is minimally processed before being packaged and sold.

The water produced by a maple tree originates in the air and the earth around it, not from an underground aquifer. As it draws this moisture up through its roots and trunk, the tree acts as a natural filter, adding nutrients and subtle flavour along the way.

After that, we don’t change a thing. We pasteurize our product to extend its shelf life, but Sapsucker is otherwise just as nature made it.

Sapsucker isn’t the first in Canada to market the stuff (a Quebec company beat them to it), though they are the first to source sap exclusively from Ontario trees and also triumph sustainability.

It’s harvested from maple forests (in early spring), rather than mined from aquifers, and it’s not bottled but rather “packaged locally using Tetra to encourage recycling and fuel-efficient shipping.”

Sure it’s not cheap. But really, should it be?