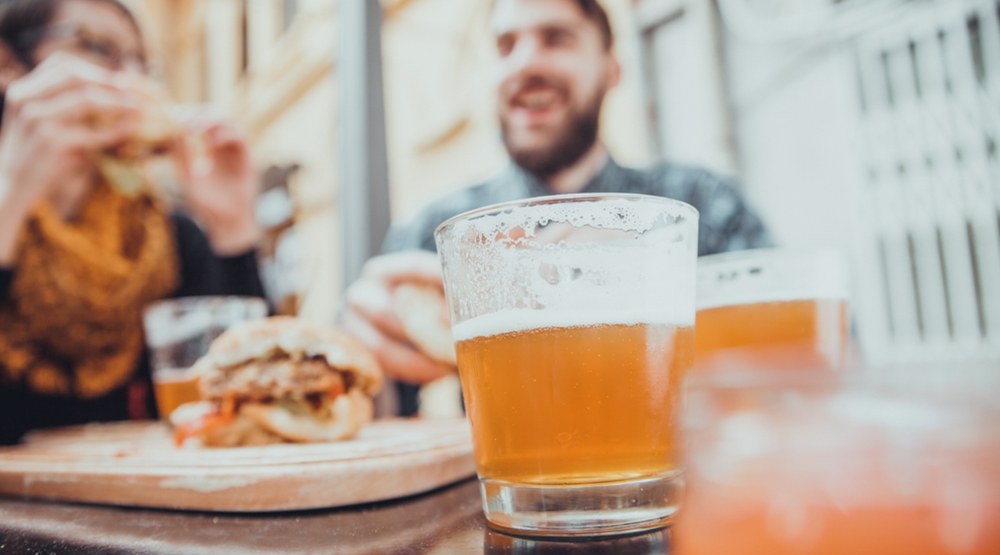 The future of fast food is looking a lot different in Calgary.

Carl’s Jr newest restaurant opened on January 18, making it the fourth location in Calgary and the only one in the south end. The other restaurants are located at 16th Avenue NW, 32nd Avenue NE, and the University of Calgary.

But it’s not just the new burger joints that are making waves – it’s what’s in them.

Drum roll: the new restaurant on Macleod Trail will be serving beer, pending on its liquor license. There will be local beer – one of the owners has confirmed that Trolley 5 has been selected as a potential offering – and other beers from across the country. So much beer.

There will be beer for your burger and beer for your waffle fries. Beer for the times when your friend is really craving a guacamole bacon burger, and even when you’re just not super hungry.

It’s literally the perfect pairing – and one that’s perfectly Albertan.

Carl’s Jr is also bringing another pairing to its North East restaurant. This will be the first Carl’s Jr location in Canada that features a Tesla charging station in the parking lot. This restaurant will not serve beer, but you really shouldn’t be drinking and charging anyways.

You’ll be able to drive to the burger joint and let the car charge while enjoying a meal. Or you can kick back with a brewski at the Calgary South location, then get your DD to take you and the crew back home.