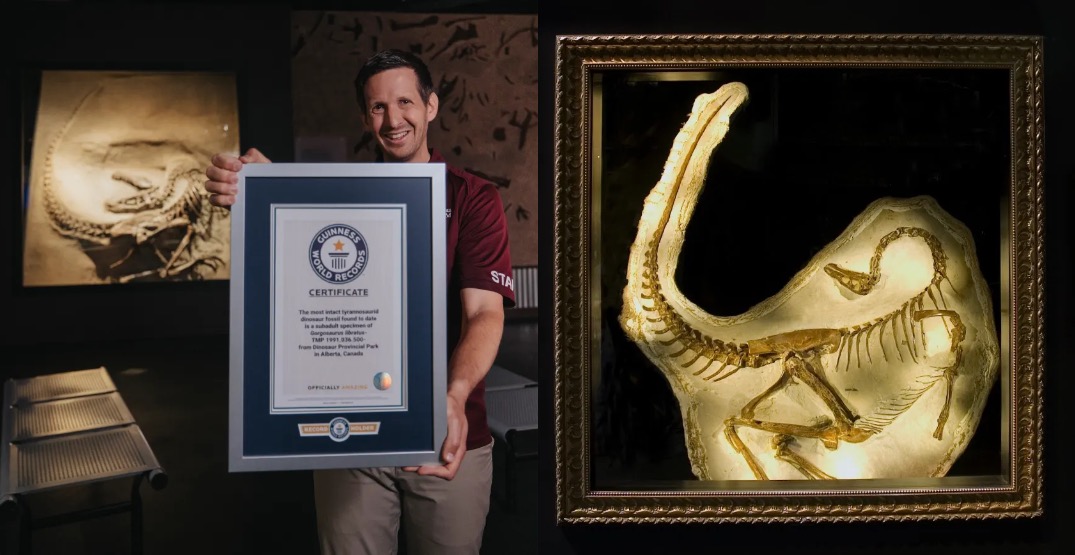 The Royal Tyrrell Museum in Alberta is a must-visit destination for everything dinosaur, and now it’s officially home to five Guinness World Records.

The renowned museum, just outside of the dinosaur capital of the province, Drumheller, has been honoured with five record titles for their impressive collection.

So what nabbed the records, you ask? According to the museum’s website, they include the longest neck ever and the largest marine reptile skeleton.

Take this collection of record holders as a reminder that you need to visit the museum for the first time or again. It’s truly a world-class experience.

Longest Neck Ever (Based on Number of Vertebrae)

The first Guinness World Record holder is at the museum is Albertonectes vanderveldei, or Vandervelde’s Alberta swimmer. The skull was not recovered; it was likely separated from the body before burial, according to the museum. When the animal died 74 million years ago, the front of the body hit the ground first, breaking the stiff neck into four straight segments. 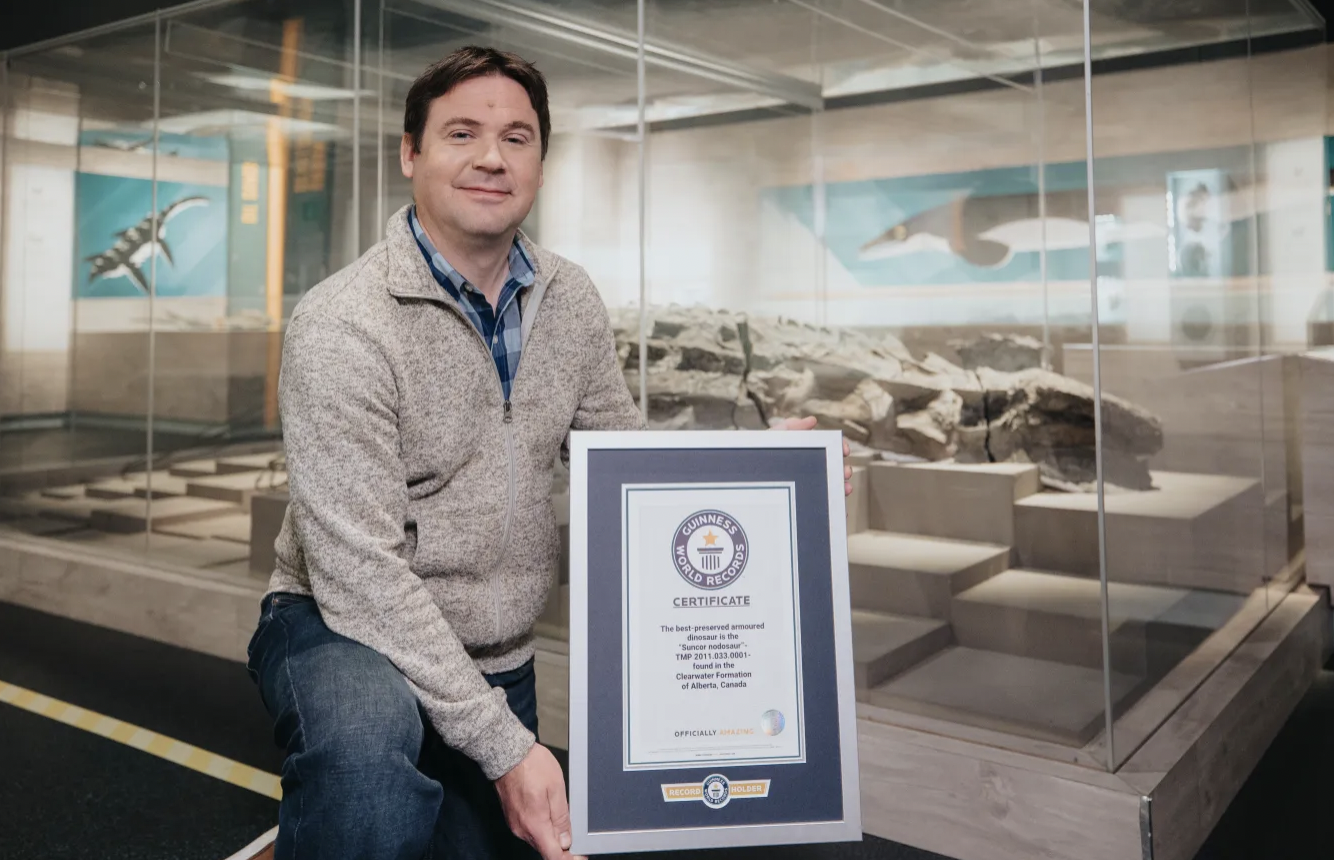 One of the finest specimens at the RTM, Borealopelta markmitchelli, was discovered at a Suncor Millennium mine in Fort McMurray in March 2011. It is now recognized by Guinness World Records as the best-preserved armoured dinosaur. How amazing is it that it’s right here in Alberta to check out? 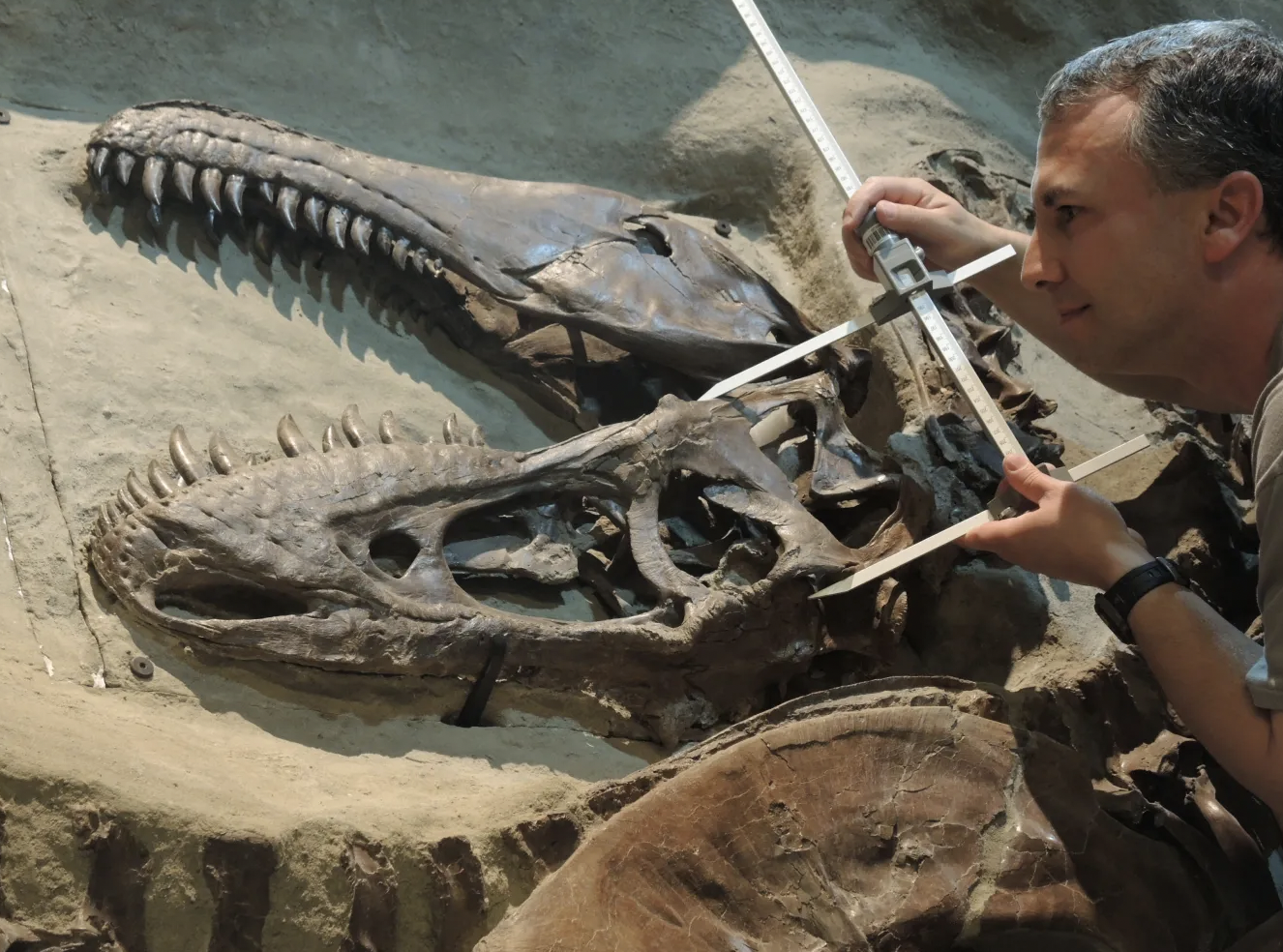 Listed as the most complete Tyrannasour skeleton ever found, the museum says the specimen was located in Alberta’s Dinosaur Provincial Park in the early 1990s. It’s known for its preservation in the ‘death pose,’ with its neck curved backwards, limbs pulled into the body, and tail arched toward the back. It is truly one of the best and most beautiful pieces in the entire museum.

Discovered in Alberta’s Dinosaur Provincial Park in 1995, the museum says the Ornithomimus was a feathery dinosaur and this specimen was entirely complete apart from missing just finger and toe bones. 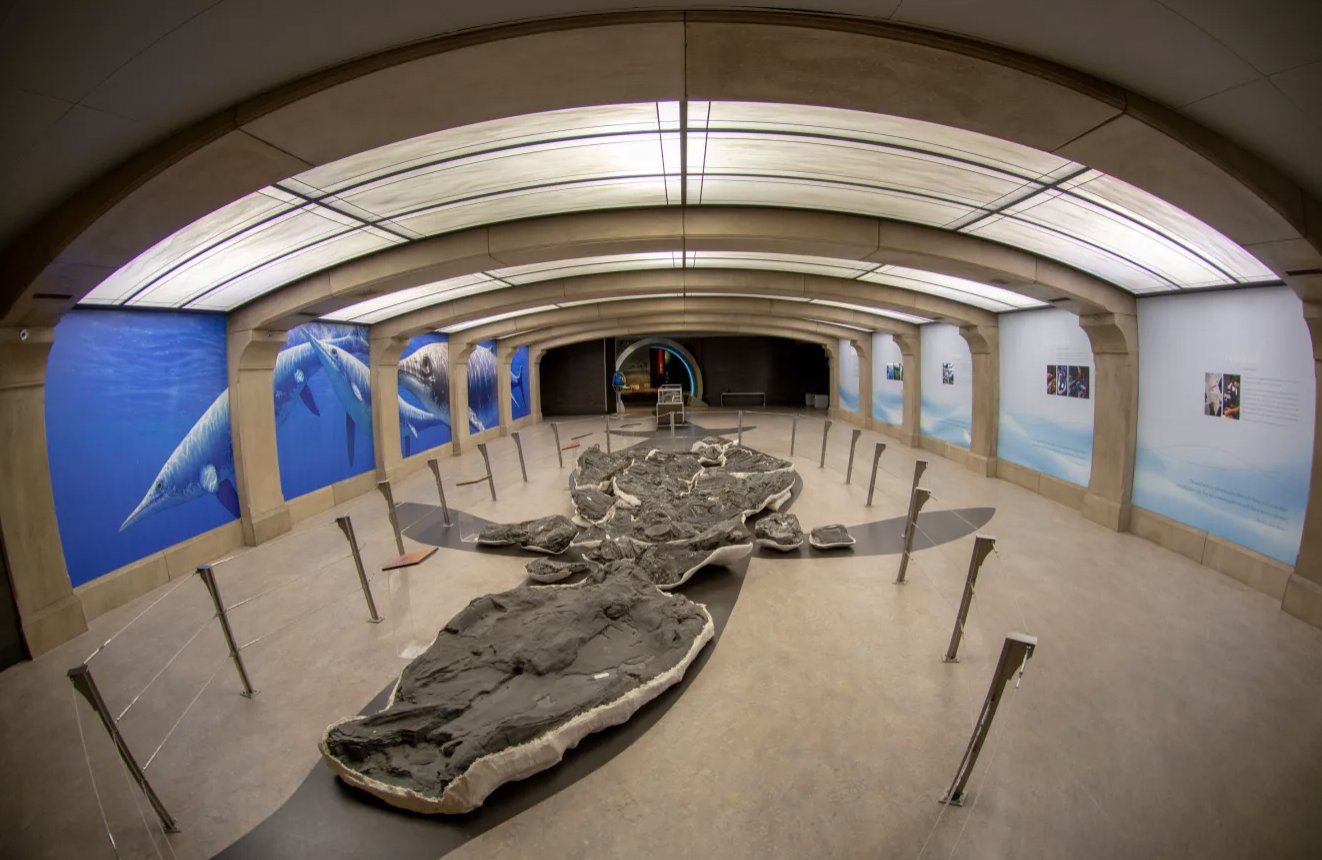 Found in British Columbia and reported to the museum in 1992, the skeleton of Shonisaurus sikanniensis was a hard one to crack, according to the museum. It took years to free the skeleton from tough rock encasing it by a river, with the entire mid-section being washed away by the stream prior to its discovery. Nevertheless, it’s still the most complete collection of its kind to date.