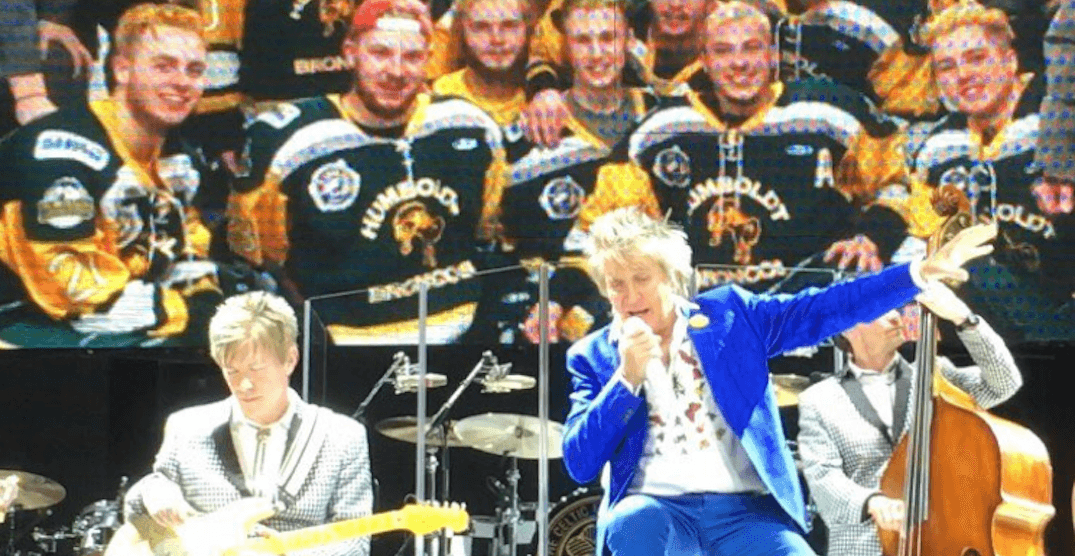 Rock legend Rod Stewart’s music hit listeners even harder when he played it at his Calgary concert on Sunday, as he dedicated a song to the people injured and killed in the tragic Humboldt Broncos bus crash.

The artist – who is also the father of a hockey player – sat down in the Scotiabank Saddledome and spoke about the crash that took the lives of 15 people.

He said his son Liam had played in the area before, and had taken the same bus journeys that the junior hockey team from Humboldt had been on when their vehicle crashed into a tractor-trailer.

“My son who plays hockey, he plays in this area, he’s done all those journeys, it just brought it all home to me how quick life can end,” he said to the crowd.

He then displayed a photo of the Broncos hockey team, while singing “People Get Ready” to the sold-out crowd.

@rodstewart fabulous show tonight in yyc. Loved your tribute to the @HumboldtBroncos ❤💔thank you

A GoFundMe page has been set up to support the victims and families of the bus crash, and it can be found here for anyone looking to donate.