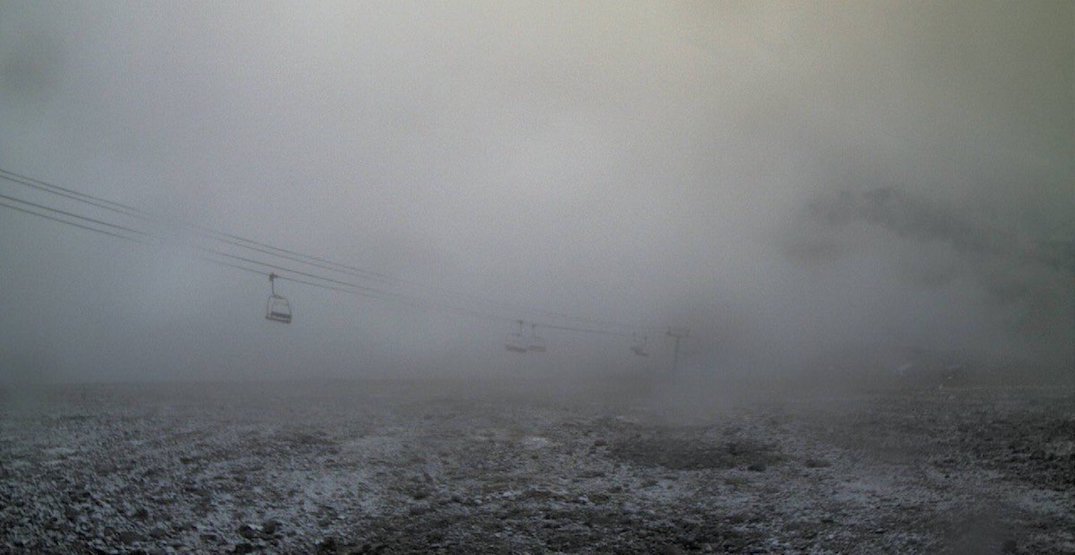 The snow we saw on Highway 1 near Canmore early Monday morning was just a glimpse of what could be coming this Labour Day weekend.

According to an article from The Weather Network, more snow in the Rocky Mountains area is a definite possibility as a cooling pattern will be making its way back into the province.

The August snow can be attributed to a poorly placed ridge in the jet stream that is bringing colder air from further north down south.

A frost advisory was even put into place for much of southern Alberta on Tuesday morning, when temperatures took a plummet to near zero — thanks to winds of up to 50 km/hr coming in from the north.

The unseasonably cold weather may be cause for excitement for a few Albertans, at the very least, as some of the province’s ski hills have already received their first dusting of the season.

The countdown to the 2018/19 ski season has officially started! pic.twitter.com/nyXMtVTRKG

Well, there you have it folks… August 27th, 2018 = snowfall in the Rockies. #abstorm pic.twitter.com/gv8QLlYZpc

Looks like sweater weather is here just in time for PSL season.