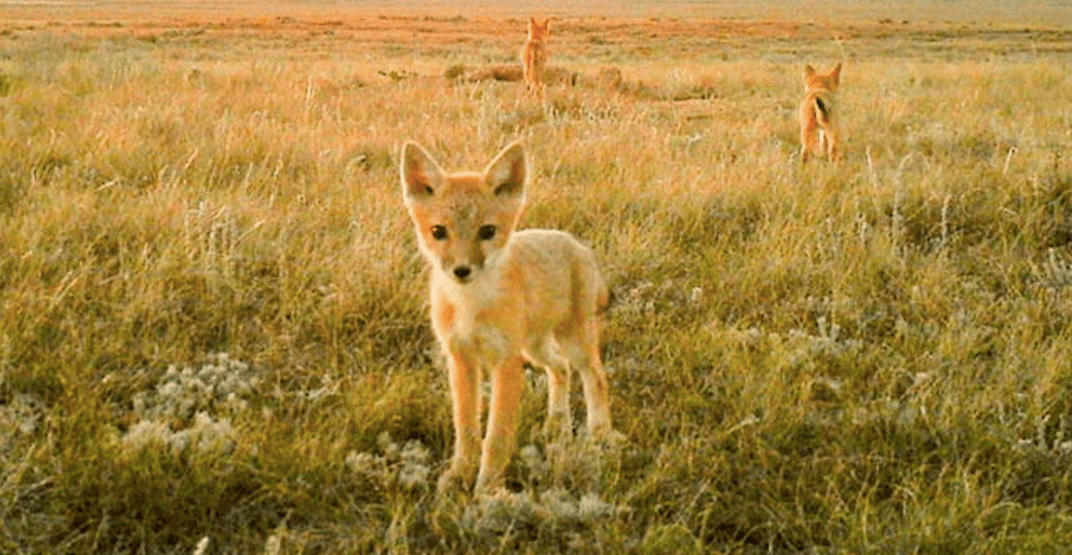 They’re orange, small, most definitely swift, and making a come back in Alberta’s sprawling prairies.

Swift foxes, a species that once called Alberta home, had their population practically wiped out in Canada due to the growth of large-scale agriculture, according to an article posted on Tuesday by Nature Conservancy Canada.

The decline was so bad that swift foxes were officially deemed extirpated — locally extinct — in the country by the 1930s.

It wasn’t until a conservational effort was made by federal agencies and non-governmental organizations and academia (which included the Cochrane Research Institute and the Calgary Zoo Conservation Research Centre) in the 70s that swift foxes were bred in a privately run program with the hopes of reintroducing them into the Canadian Prairies.

The program was successful, and over 900 foxes were released into Alberta, Manitoba, and Saskatchewan between 1983 and 1997.

According to the Alberta Institute for Wildlife Conservation, having swift foxes in the region is beneficial for the ecosystem as they are an omnivore that will “feed on almost anything,” meaning that they will keep pests like mice and insects at bay.

The discovery of a swift fox den in southern Alberta in July brings hope that the species is persevering in the region, and it is estimated that there is a stable population of roughly 100 foxes in Alberta alone.

The species is now classified as threatened, though that is a large improvement from being  “locally-extinct” just 50 years ago.