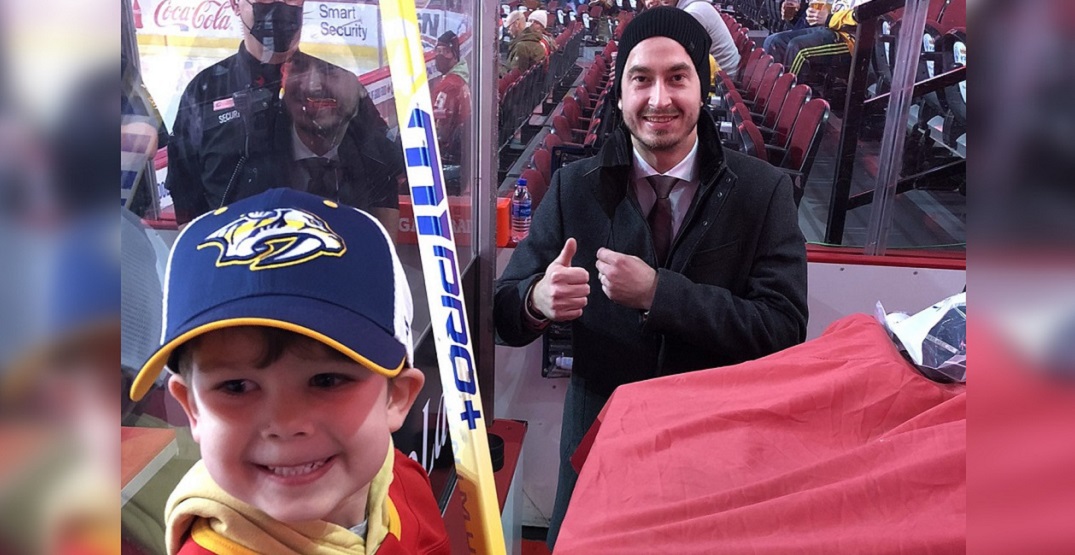 David Rittich might no longer be a member of the Calgary Flames, but he hasn’t stopped showing his love to the local fanbase.

A young fan named Oliver, who went viral last year after being heartbroken by Rittich’s trade to Toronto, got a chance to meet Rittich before last night’s game against his new team in Nashville.

Last year, Rittich joined Oliver for a FaceTime call following the trade but made sure to see him in person on his first trip back to Calgary with fans in the crowd.

Before his trade to Toronto last year, Rittich had spent all five seasons of his NHL career in Calgary. He signed a one-year deal with Nashville in the offseason but has yet to suit up this season.

While Rittich didn’t play in his return to the Flames, he gifted Oliver a game-used stick and posed for a photo with the young fan.

His father Brady shared photos of the experience:

Look at that smile! That is the kind of lifelong memory that Oliver will cherish with him for a long, long time.

Sportsnet’s cameras captured the moment of the two, with the full video of their interaction below:

The Predators won the game 3-2 in overtime.