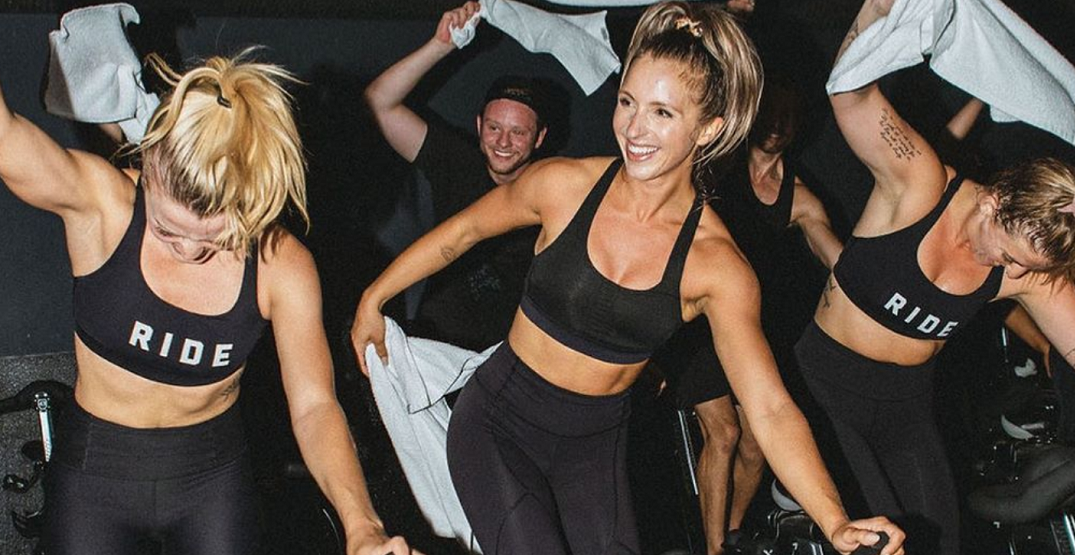 After opening three studios in Vancouver and two in Toronto, the spin studio is making its way to YYC, with plans to open a studio in Mission.

Before they can get butts into saddles, however, the company needs to put together a line-up of instructors to run their Calgary classes — and that’s where you come in.

Ride Cycle Club has put a call out for anyone who might want to see themselves up on that podium, with interviews and auditions being held on February 1 and 2.

What’s most exciting is that potential applicants don’t need to have any prior instructor experience to apply.

“There are so many people with the ability to do this that just don’t because maybe they don’t have the right opportunity or they don’t know how to get their certification or the proper way of training,” said Ride Cycle Club Managing Partner Ashley Ander in an interview with Daily Hive.

“As long as you like to sweat, have an outgoing, bubbly, friendly personality — I’m looking for people who can command a room, who walk into a space and everybody is drawn to them.”

Ander also noted that riders who haven’t had any instructor experience are sometimes easier to train for Ride Cycle Club, as they don’t have any pre-existing instructor habits that may need to be broken.

CALGARY Ever pictured yourself up on the podium? We’re hosting RIDExCALGARY auditions on Feb 1st + 2nd Send over your cover letter + resume to [email protected] We can’t wait to meet you 🤍 #RIDExCalgary #rideordie #YYC

Those who are hoping to become a spin instructor need only send a resume and cover letter to [email protected] by Wednesday, January 29 to have a chance at the weekend auditions.

One-on-one interviews will take place on Saturday, February 1, and callbacks will see would-be instructors in the studio to test their fitness on Sunday, February 2.

And don’t stress if you’re worried about being mic’d up off the get go — Ander says that applicants who don’t have any prior instructor experience will not be expected to prepare any songs or instruct any workouts during auditions.

Applicants who are already spin class instructors will be asked to prepare two songs as part of their auditions, however.

Successful applicants will then take part in a 12-week training course before becoming instructors, after which they’ll be expected to lead a minimum of two classes per week.

Don’t see yourself at the front of the room, but are still interested in checking out a class? You’ll be able to try out Ride Cycle Club once they open, with complimentary classes and intro rates being offered to celebrate the new studio.

“Spin class is for everyone because you can work at your own pace, you can choose where you want to sit within the room when you book online, and everyone is in control of their own tension,” Ander said in the interview.

“It’s such an amazing way to sweat, because you’re in a room that’s dark, the instructor is quite commanding, and everybody rides in unison to the music.”

To apply as an instructor, email a resume and cover letter to [email protected] by Wednesday, January 29. Interviews will be held on Saturday, February 1 with callback studio sessions taking place on Sunday, February 2.