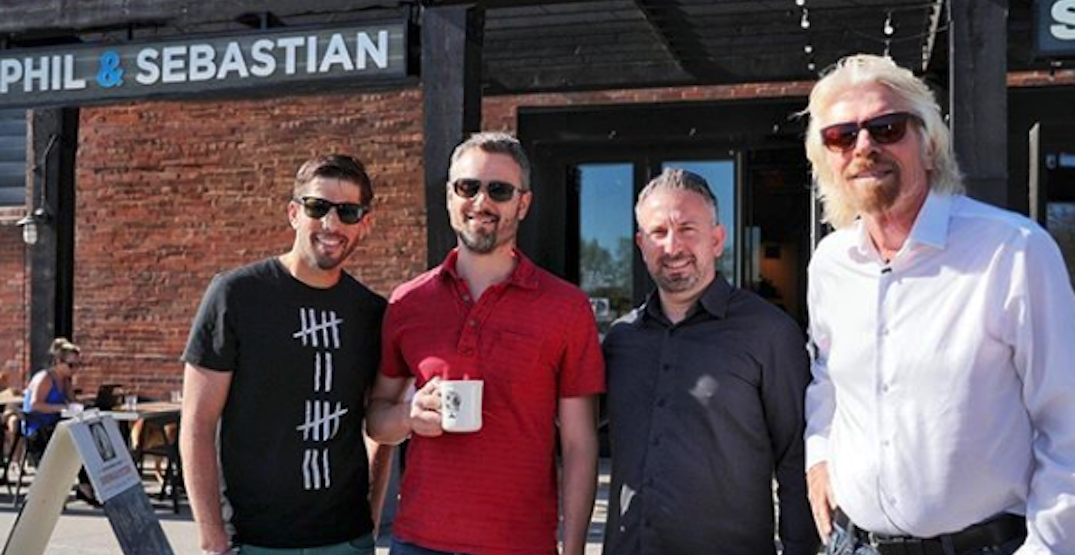 Entrepreneur, philanthropist, and actual knight, Sir Richard Branson has been spotted in and around Calgary this week as he is in the city for a sustainable energy conference at the Big Four Building.

Branson, the founder of Virgin Group who enjoys an estimated net worth of $5 billion, was spotted at various Calgary hotspots including Phil and Sebastian Coffee Roasters and CF Chinook Centre.

Branson actually visited the Virgin Mobile store while at the mall, as captured in this Instagram from Tim Fortier.

Naturally, Branson was also spotted at the Energy Disruptors Unite conference, as he was the headlining speaker on a list that included Emergent CEO Holly Ransom, ENMAX President and CEO Gianna Manes, and The Globe and Mail Editor-in-Chief David Walmsley.

If you’re hoping to catch a glimpse of the billionaire, you may just get that chance as the two-day conference only began on May 15.