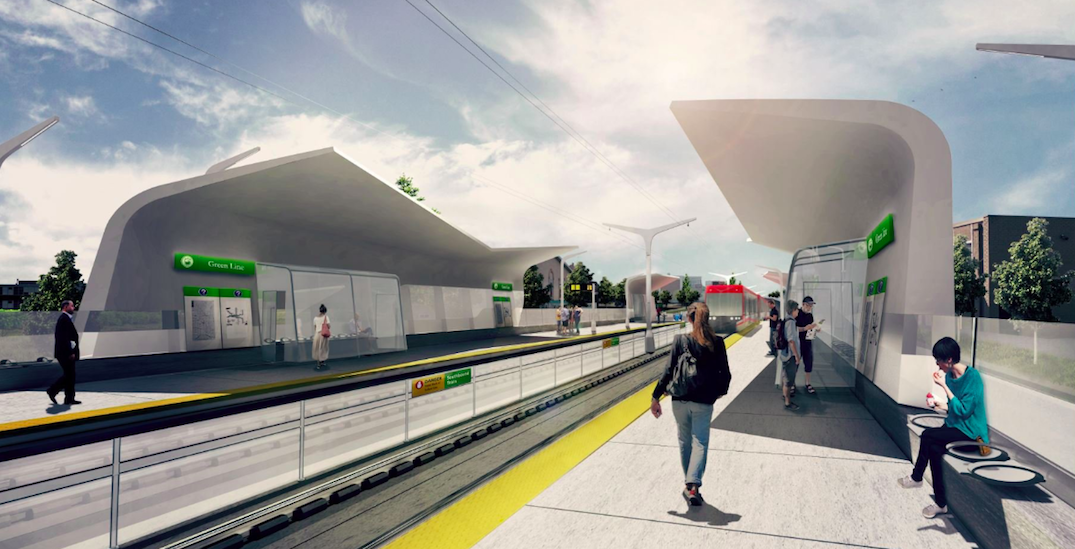 Prime Minister Justin Trudeau was in Calgary for the first time in nearly a year on Tuesday to make an announcement regarding the city’s Green Line Light Rail Transit project.

The announcement came shortly after Trudeau laid out the federal government’s plans to invest nearly $40 million to build a railway underpass in Edmonton.

“Across the country, we are investing in major infrastructure projects that will transform the way Canadians move, work, and live, while creating good, well-paying middle-class jobs today and for years to come,” Trudeau said in a release.

“Today’s historic investment in Calgary’s public transit system will make it easier for people to get around and connect to the services they need, make our air cleaner, and create thousands of jobs for Canadians.”

The Green Line is expected to create 20,000 jobs during its construction and another 400 long-term jobs related to operation and maintenance of the line.

The system will feature 20 kilometres of track, 70 low-floor light rail vehicles, and 14 stations bridging the north and south-east communities of Calgary to the city’s downtown core.

First stage construction of the project is expected to begin in the spring of 2020, with completion set for 2026.