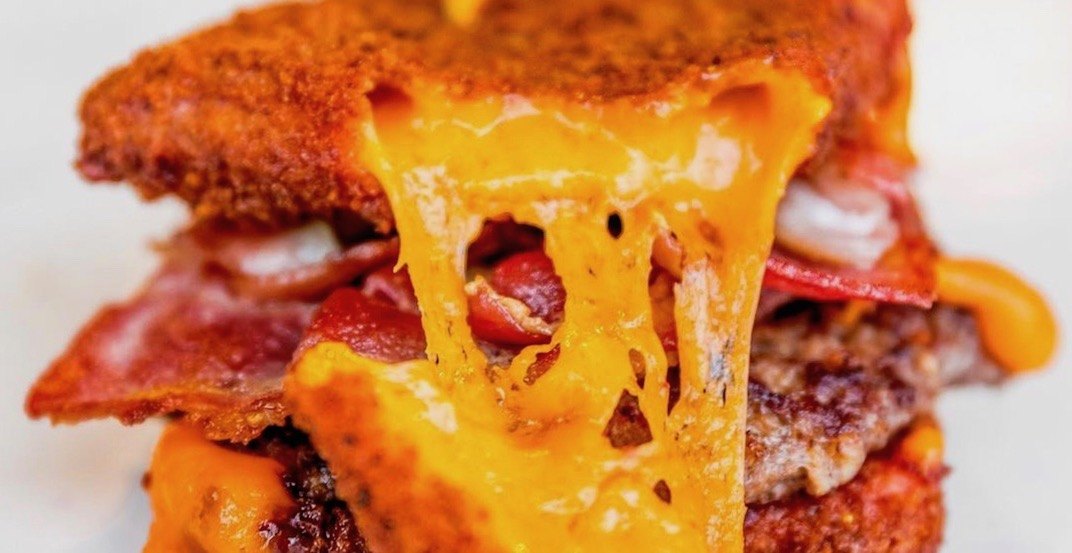 Now that clean January is almost over, one of Calgary’s favourite purveyors of over-the-top eats and drinks has a new creation to help you ease into cheat eats again.

The Calgary and Edmonton’s burger and shake spot officially opened the doors to its third location in YYC’s Deerfoot City Mall recently, but the brand is still making moves and revealed its newest creation to fans over the weekend.

The Heart Attack drops on January 29 – try it if you dare!