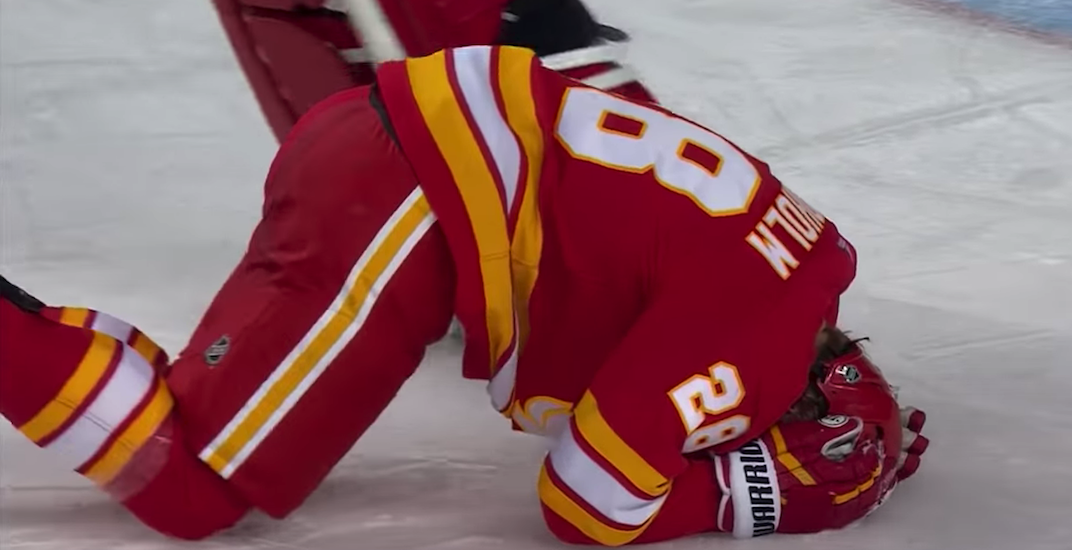 The NHL has fined Detroit Red Wings forward Darren Helm for an incident that occurred during the third period of a 5-1 Calgary Flames win at the Saddledome Thursday night.

Helm has been handed the maximum allowable fine under the Collective Bargaining Agreement, just $5,000, for slashing Elias Lindholm in the back of his leg. Helm will make $3 million this season, so he can probably afford it.

Lindholm and Helm had been going at each other all shift before the Red Wings winger decided to take a swing. The slash left Lindholm writhing in pain on the ice, while Helm was assessed a five-minute major penalty and a game misconduct.

Lindholm left the game and didn’t return, but Sportsnet 960’s Pat Steinberg reports the injury is not likely serious.

Sounds like nothing serious for Elias Lindholm coming from the slash he took from Detroit’s Darren Helm. #Flames

After beginning the season with four losses in their first six games, the Flames have now won two games in a row. They have a pair of games in Southern California this weekend, against the Los Angeles Kings on Saturday (8 pm MT) and Anaheim Ducks on Sunday (7 pm MT).