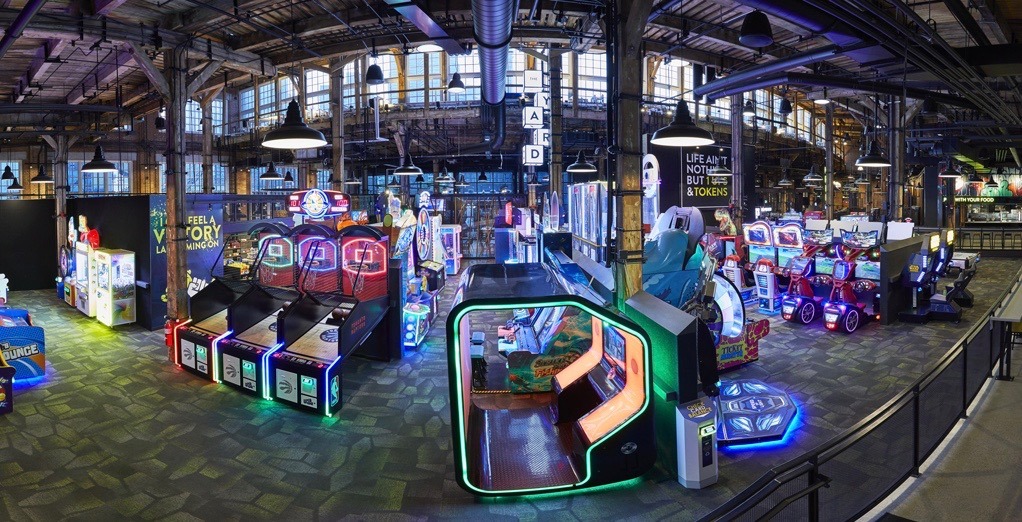 A total of 80 tv screens, more than 100 arcade games, a virtual reality room, and 16 beers on tap… Basically the place that a teenage-you would have created if you’d won the lottery, right?

No need to go out and buy that Scratch & Win, because the Rec Room at Deerfoot City just opened up, and it has all that and more.

As the fourth Rec Room opened up by Cineplex – the others being in West Edmonton Mall, South Edmonton, and Toronto Roundhouse – the new entertainment and food destination features two restaurants, 9,000 square feet of arcade/VR/augmented reality games, a space for live music and shows, and two patios.

Now, don’t get too excited; just because Cineplex is opening the Rec Room doesn’t mean there’s a new movie theatre connected to it.

The Rooms operate as their own centres, but you’ll still manage to get some screen time – The Rec Room’s armada of big screens are positioned throughout the facilitates so you’ll be able to catch whatever big game might be playing.

If you’re not the biggest fan of sitting still and watching, no worries. It also offers an augmented climbing wall, shuffleboard, air hockey, and ping pong.

Calgary’s Rec Room is set to be one of 10-15 locations opening in the coming years, with plans announced for complexes in London, Ontario, Mississauga, Ontario, and Vancouver, BC.

The Deerfoot City Rec Room is open seven days a week, from 11 am to midnight on Sunday through Thursday, and 11 am to 1 am on Friday and Saturday.

And the best part… it’s adults only after 10 pm. Every. Day.

Time: Open at 11 am, closed at midnight on Sunday through Thursday, 1 am on Friday and Saturday. Adults only after 10 pm.