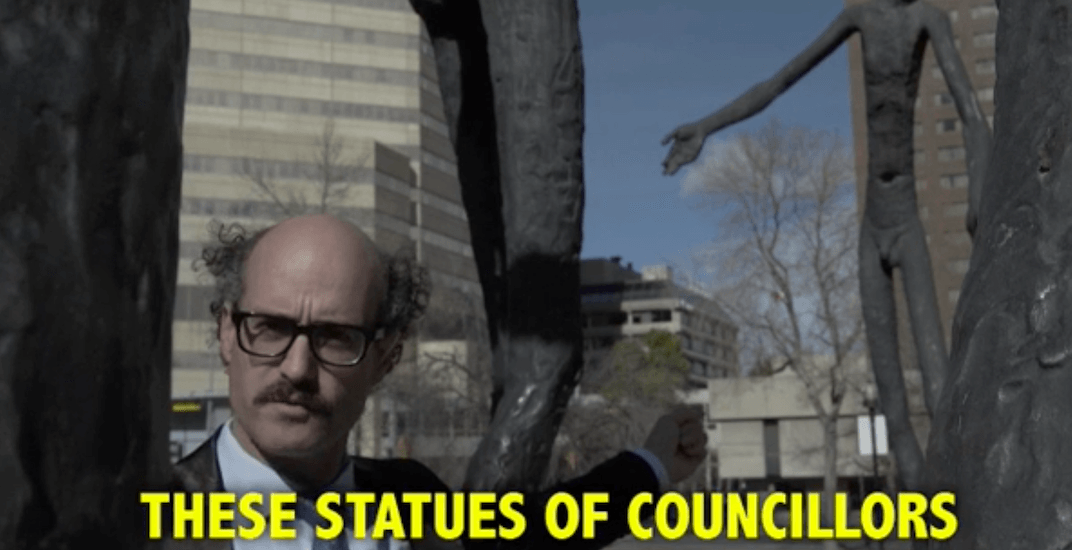 With the general election on the horizon, any bit of propaganda can tip the scales.

And while it’s not entirely clear who videographer, tweeter, and reddit-poster “North Darling” is attacking with his ads, it’s clear that he’s angry, and that something must be done.

Having released his first ad in late September tackling the city’s bike lanes, the suit and glasses-clad “reporter” was live on scene at art installations around the city.

He visited the infamous blue ring art installation – or, at least what he thought was Calgary’s Travelling Light – before attempting to skate at the skate park.

“Artists are wrecking these skate parks,” he said, after failing to ice skate on the cement.

And, naturally, he took a stop at the Brotherhood of Mankind sculptures at the former Calgary Board of Education building… mistaking them for sculptures of Calgary’s city councillors.

To be clear, this is what the actual blue ring installation, Travelling Light, looks like, and is located at Deerfoot trail and 96th Avenue NE. 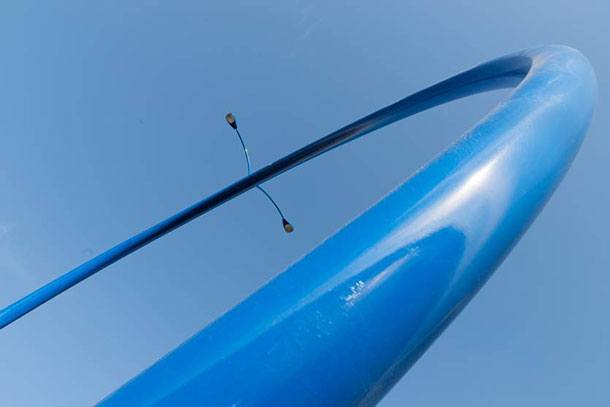 But we understand the mix up.