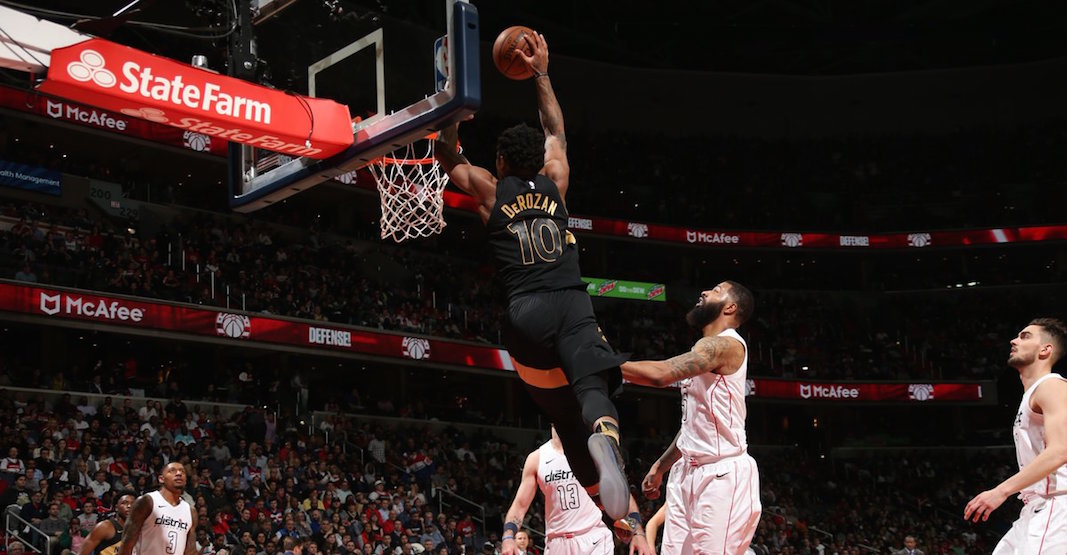 For the third straight year, the Toronto Raptors are going to the second round.

The Raptors took down the Washington Wizards 102-92 on the road to win Game 6 and the series, all despite trailing for most of the game.

Having trailed by as many as 12 points and down five going into the fourth, the Raptors outscored the Wizards 29-14 in the final quarter to secure the win.

Kyle Lowry was huge for Toronto all series, and came through with another big game on Friday. He finished with a team-high 24 points with six rebounds and six assists, and made an incredible play to help seal the deal for the Raptors.

It was also a huge game for Pascal Siakim, who made an impact on both ends of the floor. The 24-year-old had 11 points and shot over 80%  while picking up eight rebounds, two blocks and a steal in 22 minutes of action.

The other Raptors to produce 10+ points were DeMar DeRozan (16) and Jonas Valanciunas (14). Fred Van Vleet returned to the lineup and put up five points with four dimes, none nicer than this one:

The win provides a bit of revenge for the Raptors, who were swept by the Wizards in the 2014-15 season.

It also provides some assurance that this team can win on the road in the postseason. It’s been historically tough for the Raptors away from the Air Canada Centre, but the good news is they have home court advantage until the finals.

The Raptors will now wait until Sunday’s Game 7 to find out who they play between the Cleveland Cavaliers and Indiana Pacers. Considering the Cavaliers have eliminated the Raptors the past two seasons and have LeBron James on their team, they’re likely hoping for a Pacers win.