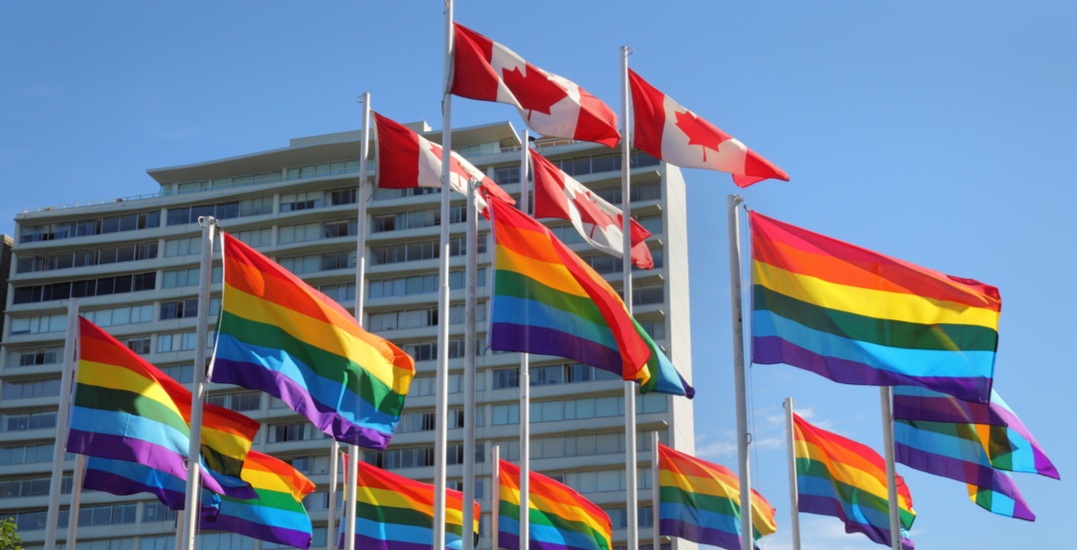 Classes will come to an abrupt end at 9:30 am on May 3 for some students across Alberta.

A student-organized walk-out protest is scheduled for this Friday and is encouraging junior and high schoolers throughout the province to leave their morning classes for a 20-minute block.

The protest is in opposition to newly-appointed premier Jason Kenney’s announced plans to make changes to Alberta’s education system, most notably by proclaiming his plans for the Education Act (Bill 10).

The Act would replace the NDP’s revamped School Act and many of the amendments that came along with Bill 24 — including the requirement for school principals to grant permission for students to form gay-straight alliances immediately and for all schools to have public policies that protect LGBTQ+ students.

Aimee, the spokesperson for the organized protest, spoke with Daily Hive via email about what the students hope to accomplish through their demonstration this Friday.

“The purpose of this protest is to prevent the UCP government from reverting to Bill 10. Bill 10, or rather The Education Act, would allow teachers to tell parents that their child is in a GSA,” she wrote.

“Additionally, schools would no longer be required to have very clearly established rules against LGBTQ2S+ bullying. We hope to convince the government to leave Bill 24 as it is.”

On March 26, Kenney defended the proposed removal of the protections at a media event, stating that, while he supports the creating of GSAs in schools and opposes mandatory notifications to parents, there may be some “unique cases” where teachers and principals could believe it is in the student’s best interest to out them to their parents.

“In some unique cases, especially dealing with younger kids — perhaps younger kids being bullied who have emotional and mental health challenges — engaging the loving support of a parent is entirely reasonable,” Kenney said at the campaign event.

“We say let highly-trained teachers and principals make a decision on a case by case basis of what’s in the best interest of the child.”

However, Aimee stated that being outed against their will, or even facing the risk of possibly being outed, would be harmful to Albertan students.

“GSAs are meant to be a safe space, and it becomes less so when there is a threat of them being outed. Additionally, students should be the ones to decide when they are ready to come out and not the government,” she wrote.

While Kenney stated that the “loving support” of a parent could be helpful, Aimee noted that parents are not always so supportive of children who are part of the LGBTQ+ community.

“This is not to say that all parents are like this. There are many kindhearted souls out there. However, we cannot ignore the parents that might do something like this, regardless of whether or not they are a minority.”

The event has been organized via the Instagram page @albertaschoolwalkout which boasts 3,347 followers at the time of writing.

The event is encouraging students to peacefully protest by leaving class for the 20-minute block. Any student in Alberta is welcome to participate, though the page’s FAQ story made sure to clearly state that no one is obligated to join them and that they are not protesting the entire UCP government, but rather the party’s stance on GSAs.

Participants are also encouraged to speak to their teachers/school administrators about their plans and motives to protest so that it does not appear that students are protesting the school.

According to the pages FAQ, comments had to be disabled as the high school students were receiving threatening messages for planning the optional peaceful protest.

The protest will come three days after Kenney was officially sworn-in as the 18th premier of Alberta.