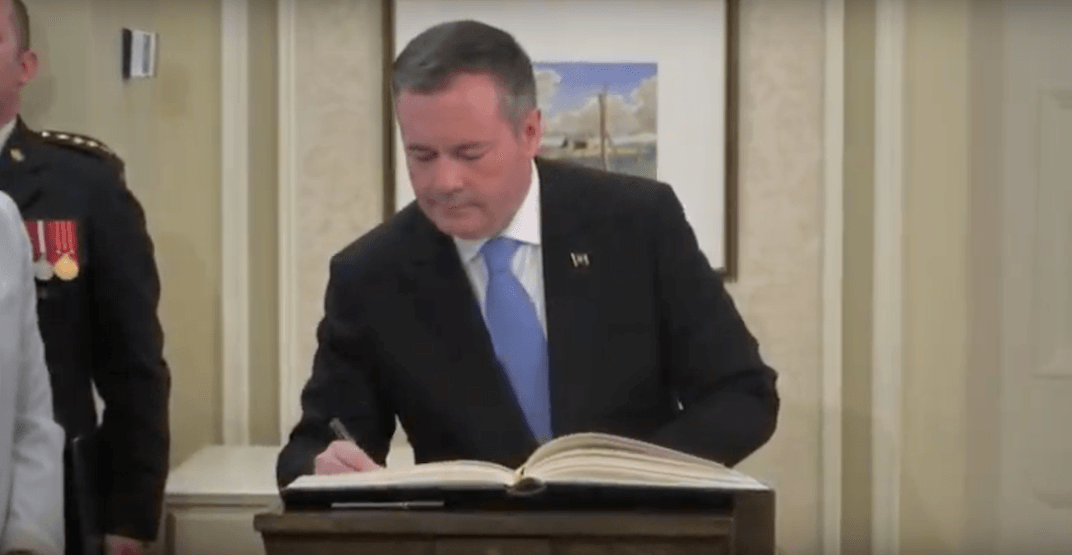 Jason Kenney being sworn-in as Premier (Government of Alberta/YouTube)

Kenney was sworn in by Lieutenant Governor of Alberta Lois Mitchell shortly after 10 am on April 30, two weeks after the UCP was given a majority of Legislative seats by Alberta’s voters.

Kenney stood before Mitchell and his soon-to-be-sworn-in members of cabinet to recite his oath before becoming the province’s new premier.

“Your honor I, Jason Thomas Kenney, do solemnly and sincerely promise and swear that I will duly, and faithfully, and to the best of my skill and knowledge, execute the powers and trusts reposed in me as president of your executive council and minister for intergovernmental relations for the Province of Alberta, so help me god,” he said.

As his first act as premier, Kenney recommended the appointment of his cabinet members, making Douglas Schweitzer, MLA for Calgary-Elbow, his minister of justice and solicitor general.

Here’s the full list of cabinet members sworn-in on Tuesday:

President of the Treasury Board and Minister of Finance: Travis Toews