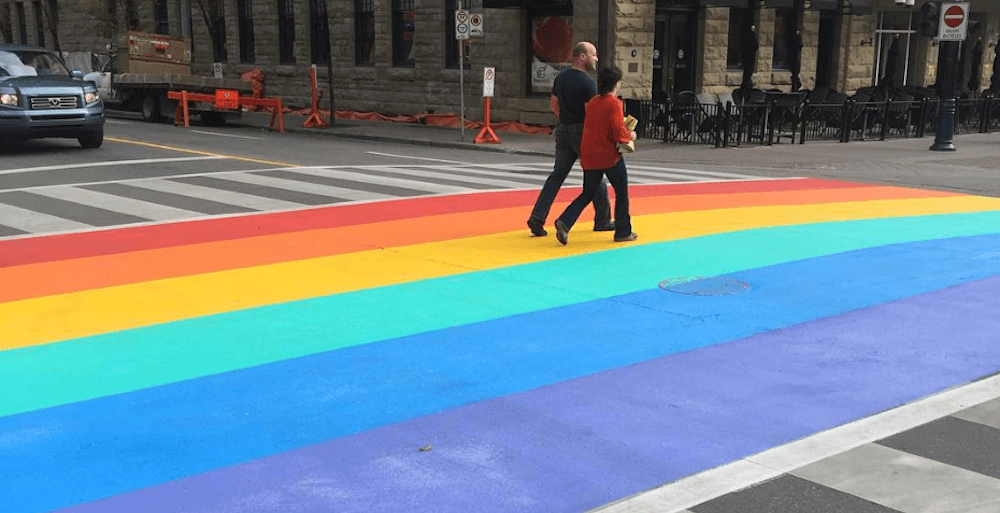 The project was funded via a GoFundMe account that managed to raise a whopping $8,295, more than twice its original goal of $4,000.

Here are nine photos and one video of the gorgeous rainbow crosswalk in front of Calgary Tower.

#yyc getting ready for the #pride2016parade this weekend. Crews just finished painting the flag in this intersection this morning. #gopro #yycpride

#pride🌈 week is on in #Calgary. Watch where you’re walking 🚶🏻 this weekend! #PrideYYC @downtowncalgary #StephenAveYYC