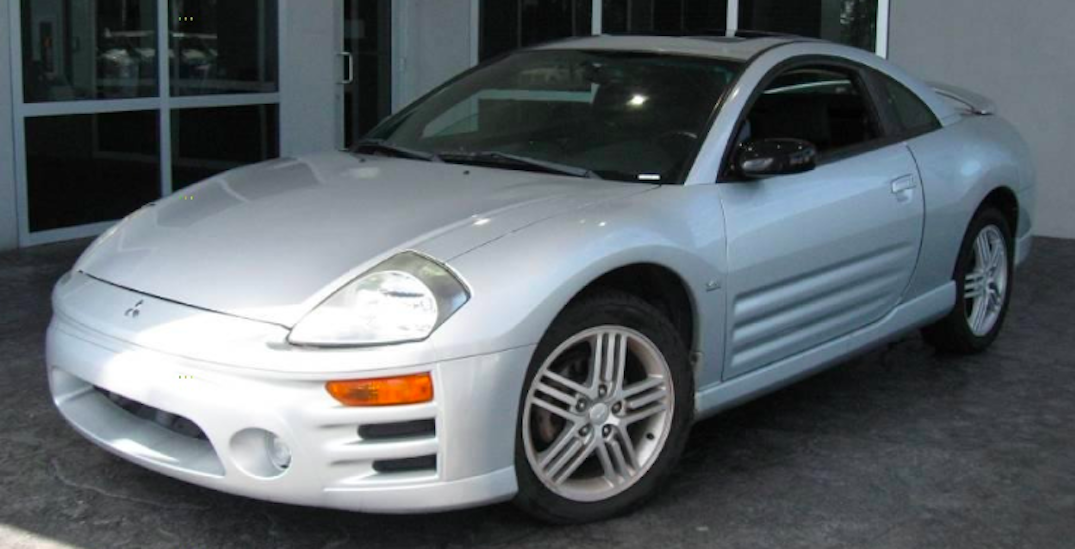 A 2003 Silver Mitsubishi Eclipse, similar to the car that committed the hit-and-run (Calgary Police Service)

Calgary police have identified the make and model of the car responsible for a hit-and-run collision that happened in April.

On Sunday, April 22, a man was struck by a vehicle heading southbound at the intersection of 2nd Street and 15th Avenue SW.

He and another man had been crossing west from 2nd Street on the south side of the intersection when the car failed to yield, hitting the man and throwing him across the road.

The 50-year-old man was taken to hospital with serious injuries, a release from the Calgary Police Service states, and the vehicle took off south along 2nd Street SW immediately following the collision.

Police believe that the vehicle is a 2003 Silver Mitsubishi Eclipse, and that it had turned west onto 17th Avenue shortly after the incident.

CPS is asking that anyone who witnessed the collision or knows the offender to contact the traffic office at 403-567-4000, or to report anonymously through Crime Stoppers by calling 1-800-222-8477, or by visiting their website.