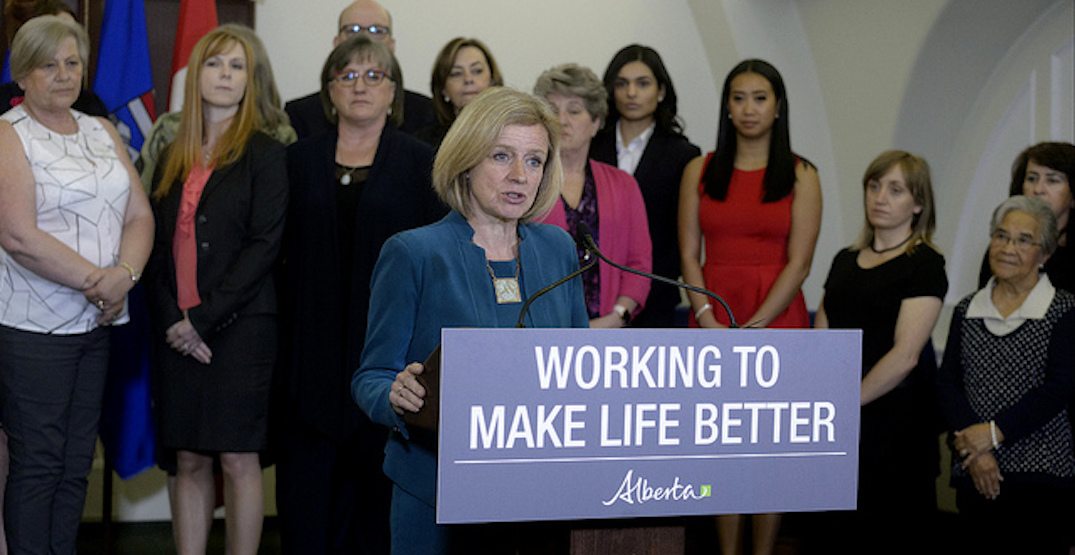 The Province of Alberta is working towards ending sexual assault.

According to a release from the Government of Alberta, Premier Rachel Notley announced that May would now be Sexual Assault Awareness Month, in which additional preventative and support initiatives will take place.

This move couldn’t come too soon, as 83,000 sexual assaults were reported in Alberta in 2014 alone, according to the release. As sexual assault is the most under-reported crime in the country, roughly 95% of survivors do not report the assault to police.

“Every Albertan deserves to live free from sexual harassment and assault,” said Notley.

“Sexualized violence is a crime of power and control, and governments have a duty to lead, to offer hope and healing to survivors, to make workplaces and campuses safe and to tackle the inequality at the root of this violence that most impacts women and girls.”

The release states that 94% of sexual assault perpetrators are men, and 87% of survivors are women.

The province’s new commitment to end sexual violence will work on making a cultural shift towards believing survivors, improving the way that the justice, health, and education systems in Alberta respond, and to increase funding for education and prevention programs.

Since 2015, nearly $52 million has been invested in services needed due to perpetrators of sexual assault, and more initiatives are expected to be announced throughout the month.

“Sexual violence is a problem that affects all communities in our province,” said Debra Tomlinson, the CEO of Association of Alberta Sexual Assault Services, in the release.

“[It] will require a united effort by government, community organizations and individuals to eliminate.”

The Province of Alberta defines sexual violence as: “A sexual act committed against someone without that person’s freely given consent. It can involve physical or non-physical contact, affect all ages and genders, and the person committing the act might be known or be a stranger.”