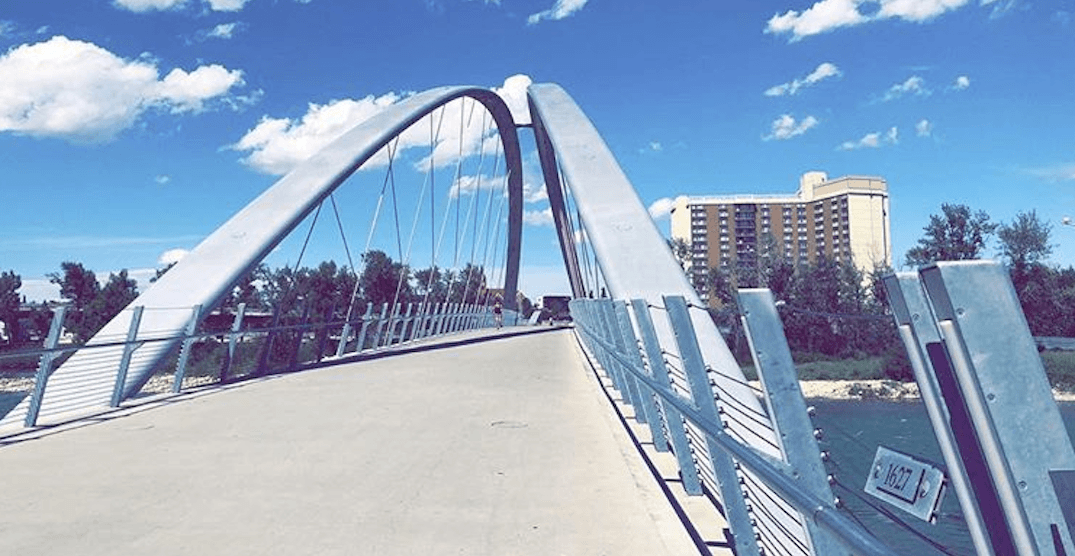 Anyone hoping to walk across the Bow River near East Village will have to make the crossing a little further upstream — at least until early September.

The George C. King Bridge has been temporarily closed after a bi-annual inspection found a serious crack in one of the bridge’s cross-strut sections, according to a release from the Calgary Municipal Land Corporation (CMLC).

The bridge was first opened just four years ago and has had regular maintenance every two years ever since. An inspection crew was assigned to the bridge early this year due to a 3-1-1 call bringing attention to the structure.

The crew found four concerns, though a four to six-inch crack was the one that ultimately shut the bridge down.

“While we sincerely regret any inconvenience the closure is causing, CMLC has direct oversight for the upkeep, maintenance and inspection of the George C. King Bridge, and we’d be remiss if we didn’t put public safety above all else,” said Michael Brown, CMLC president and CEO, in the release.

“The project team has been working to complete its inspection as swiftly as possible without compromising the thoroughness and integrity of the results.”

The bridge is expected to be usable again as of September 5 — once crews have carried out the temporary solution of affixing steel moulds to the problem area and reinforcing them with steel bars.

“We acknowledge that our fast-tracked closure of the bridge has inconvenienced many Calgarians,” says Susan Veres, CMLC senior vice president, strategy & business development, in the release.

“It was, we believe, the most prudent response to an issue observed and reported by a vigilant and caring citizen. CMLC has been doing everything in our power to remedy the matter and reopen the bridge.”