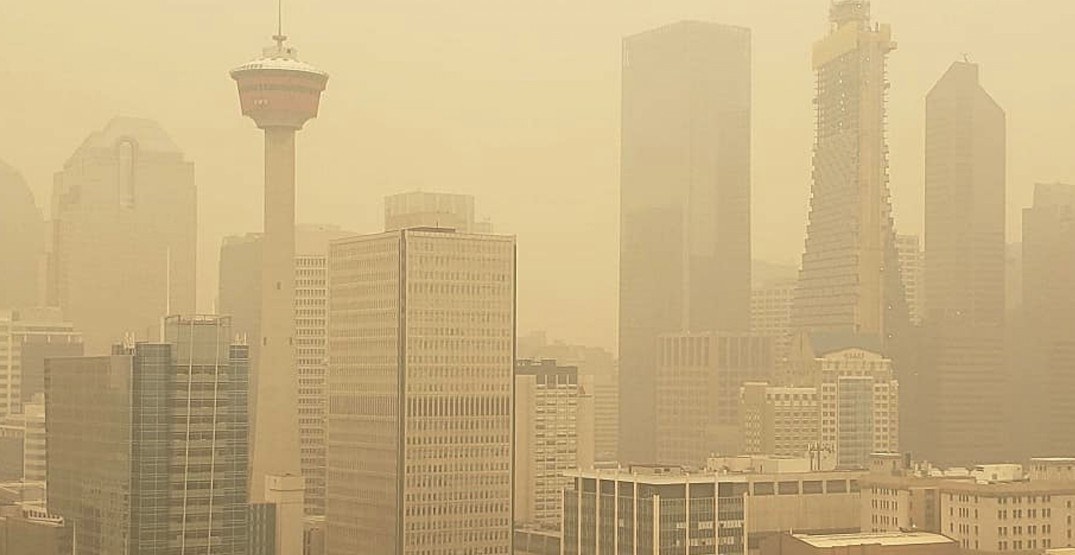 If you’re wondering just how bad inhaling the wildfire smoke is for your health, there’s an app for that.

“Sh**t! I Smoke” converts the air quality in a particular region into the number of cigarettes smoked per day.

The app was inspired by Berkely Earth’s findings on the equivalence between air pollution and cigarette smoking.

According to the app, the math comes down to a simple rule of thumb: one cigarette smoked per day is equal to a Fine Particulate Matter (PM2.5) level of 22ug/m3.

In Calgary, the current air quality rating sits at 7, but is expected to go up to 10+ this afternoon. The app says that breathing in Calgary air is the equivalent of smoking 7.7 cigarettes. 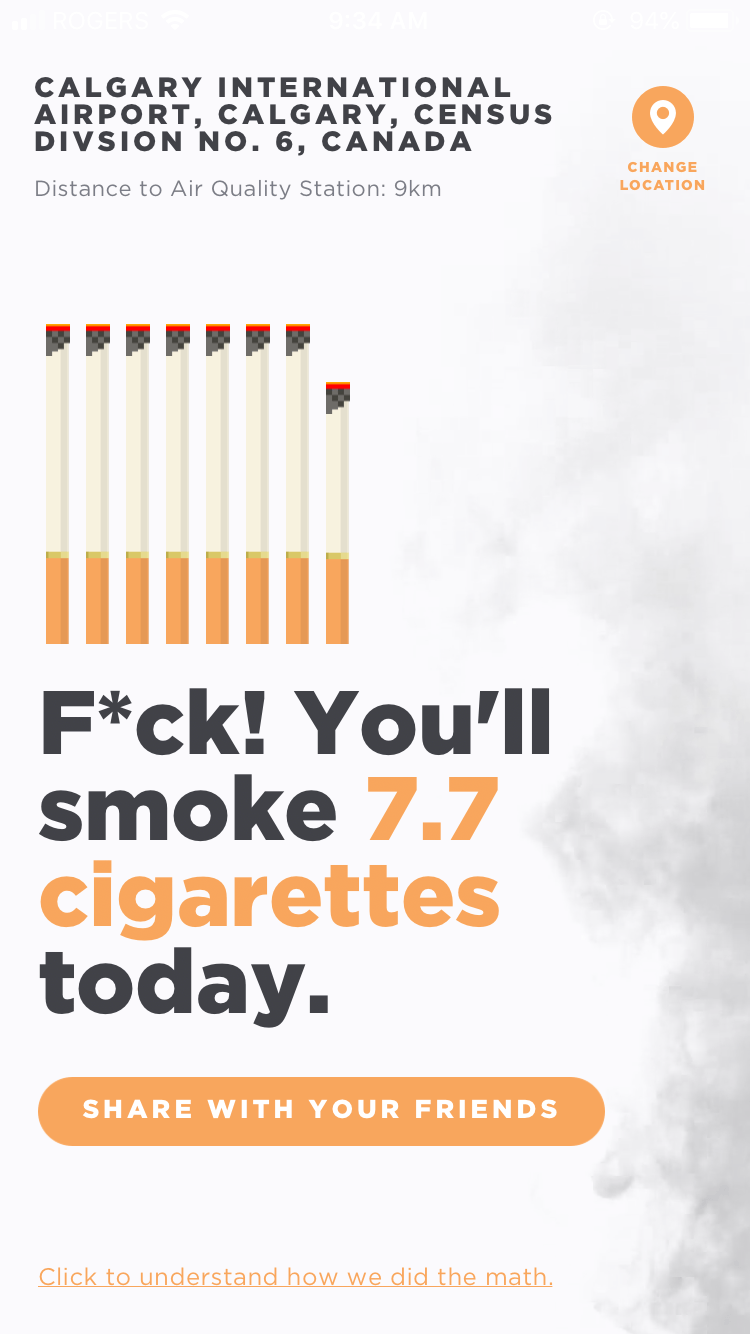 In Edmonton, residents will inhale the 7.5 cigarettes. 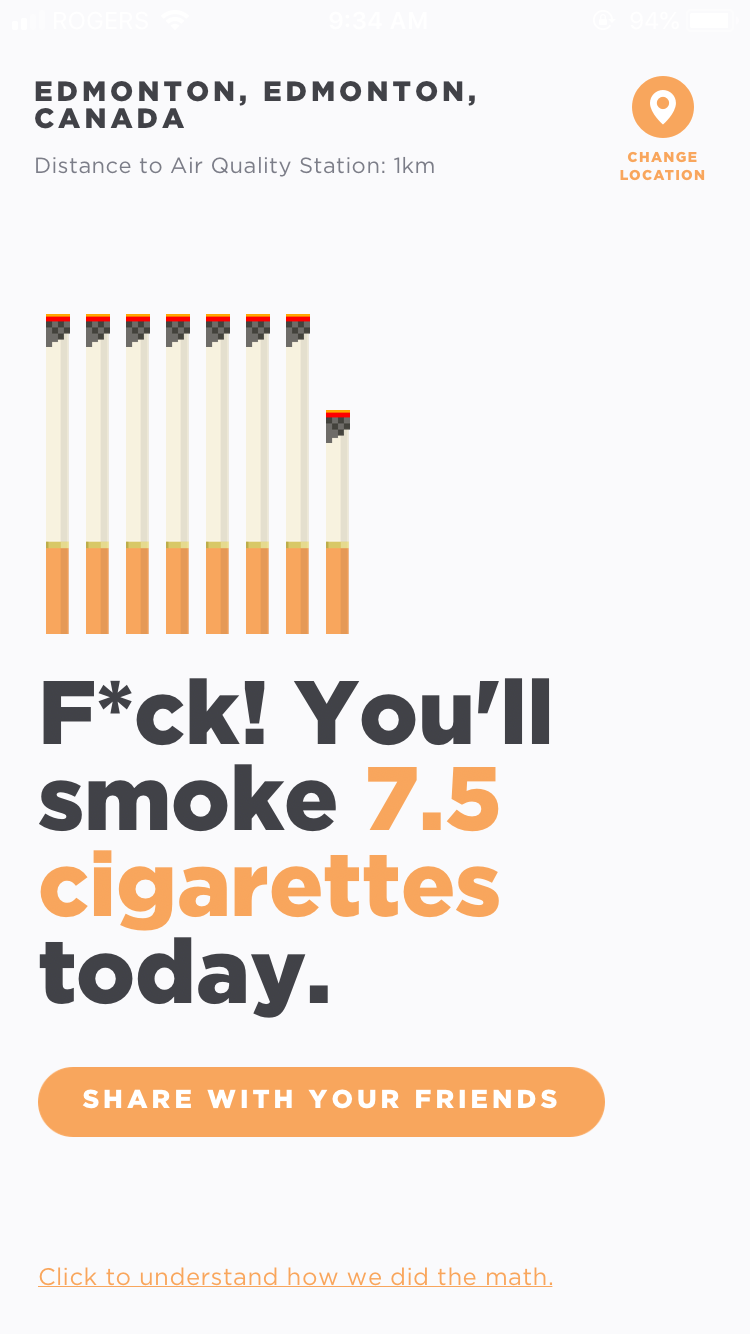 And things get worse closer to BC. The air quality in Banff is equivalent to smoking 8.5 cigarettes. 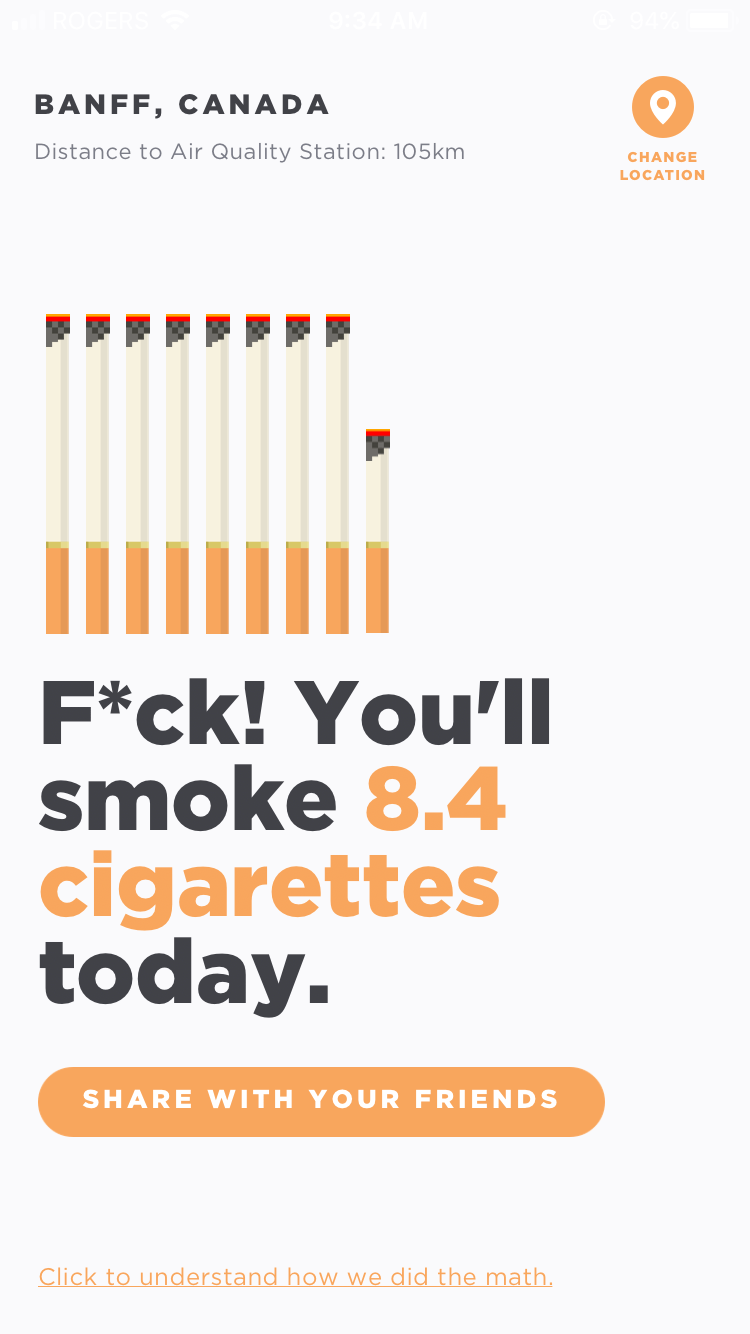 To put it into perspective, Gwalior, India — one of the most polluted places in the world — has a cigarette smoke rating of 3.5 cigarettes smoked.

The app is available to download on the App Store and Google Play.