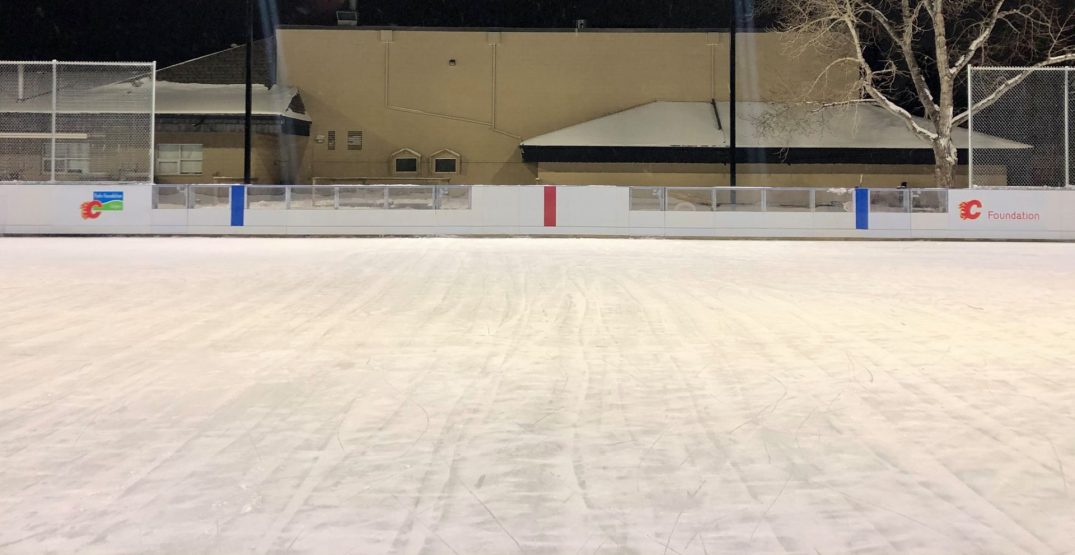 The Parkdale Community Association has rebuilt its outdoor rink to make the facility more inclusive for everyone, including sledge hockey players.

This is a big step for Calgary, as we are now home to the first community rink in Alberta that’s both accessible and outdoors.

Parkdale’s rink sets a new standard for recreational facilities in western Canada moving forward, to ensure outdoor hockey can be enjoyed by all.

The outdoor rink had served the Parkdale neighbourhood for 30 years and was at the end of its useful life. It’s now been given a renewed purpose through this redesign and replacement to meet the guidelines for sledge hockey.

Over the past three years, the Parkdale Community Association has worked with organizations such as Level Playing Field and the Sledge Hockey Association to implement the plan for the rink.

The PCA says that they love how outdoor hockey brings everyone – boys and girls, young and old, new and experienced – together, and they want this opportunity to be available to all.

To accomplish this, components such as ramps, railings, and widened bench doors have been implemented, plus the addition of accessible washrooms and warming areas (where players can transition to their sleds).

Players who are off the ice will be able to see the action from their sleds or wheelchairs, as sections of the boards that surround the rink are clear.

“By having Parkdale Community Association take steps to make the rink inclusive, it’s opening the doors in being a leader for the rest of the City of Calgary community associations, as they start to retrofit and make changes,” says Darby Young, Principal Accessibility strategist with Level Playing Field.

After winter construction, the rink is now open, completing phase one of the Parkdale Community Rink and Hub Project. Construction of the Parkdale Hub itself will begin in the summer of 2021 and will make the entire rink area accessible.

This includes connections from both parking lots to an accessible social area and an accessible building with a dressing room as well as a garage for an ice re-surfacer.

“Outdoor hockey is for everyone – a place to gather friends and family of all ages and abilities to create lasting memories.” says John Butterwick, Rink Director of the Parkdale Community Association.

A new standard has been set for all future community rinks to be inclusive and accessible – let’s hope other Calgary neighbourhoods are soon able to follow suit.