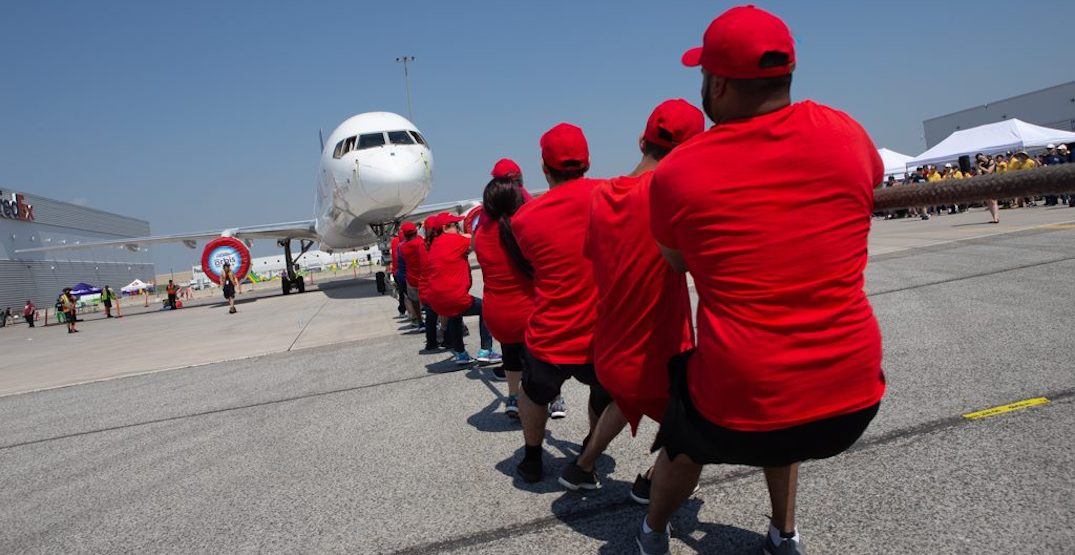 You’ve never seen a game of tug-of-war quite like this.

While the usual format pits two teams of flesh and blood humans against one another in a competition that essentially boils down to “who can tug the best,” the Orbis Canada Plane Pull of Sight replaces one of those teams with a 65-tonne FedEx 747 cargo airplane.

Thankfully the plane is on wheels, but it still takes a dedicated group to budge the giant metal airship from its resting place — and that’s exactly what groups of Calgarians will be attempting come Saturday, June 16.

The event has been organized to raise money to “to end avoidable blindness and restore vision for millions of people around the world,” according to a release from Orbis.

This will be the second year that the pull will take place in Calgary, and the release states that the event just surpassed the $1 million mark in national fundraising.

Just because there’s a plane at the other end of that rope doesn’t mean that the teams aren’t competing with each other, though, as teams will score based on who can pull the plane a predetermined distance the fastest.

To participate, each team is required to fundraise a minimum of $2,000 and can have five to 20 participants.

Along with the plane pull, the event will also feature a mini-putt course, face-painting, bouncy castles, and a giant obstacle course.

Prospective participants can register and/or make a donation by going to www.pullforsight.ca.

Family and friends of participants are welcome to attend to watch the plane pull and to enjoy the additional activities.

Registration: Register your team online, minimum fundraising of $2,000 required. Teams can range from 5 to 20 people