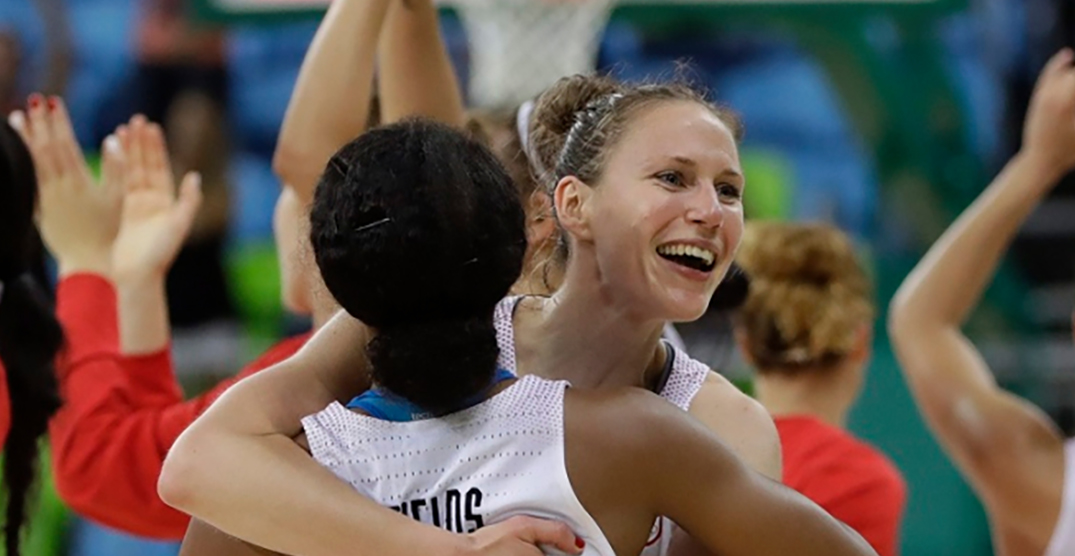 A Canadian Olympic athlete says she’s being forced to choose between breastfeeding her daughter and competing at the 2021 Tokyo Olympics.

Kim Gaucher, a basketball player for Team Canada, took to Instagram this week to share her struggle with trying to bring her infant daughter to the Olympics. Due to COVID-19 restrictions, Japanese officials aren’t letting family or friends stay with athletes — which is a challenge for Gaucher because she’s still breastfeeding little Sophie.

“All I’ve ever wanted out of my basketball career is to rep Canada at the Olympics,” she said on Instagram. “But right now I’m being forced to decide between being a breastfeeding mom or an Olympic athlete. I can’t have them both.”

During the Tokyo Olympics, the basketball team will be gone for 28 days. Gaucher says pumping enough milk in advance isn’t feasible because her training schedule means she doesn’t produce enough milk to feed Sophie her regular meals while stockpiling enough for a month away.

Gaucher is also looking at shipping milk home for Sophie while she’s away, but that route comes with logistical challenges as well.

“Tokyo has said no friends, no family, no exceptions,” Gaucher said on Instagram. “Members of the media are all flying in from around the world. Japanese fans are going to be in attendance … But I won’t have access to my daughter.”

Tokyo will fill its arenas to 50% capacity during the Olympics, and only Japanese citizens will be permitted to attend. In addition, spectators are forbidden from cheering, waving towels, asking for autographs, or talking with other spectators. Alcohol sales have also been banned.

Gaucher has tried appealing to the International Olympic Committee, but so far has gotten nowhere. Daily Hive reached out to the IOC for comment but has not yet heard back.