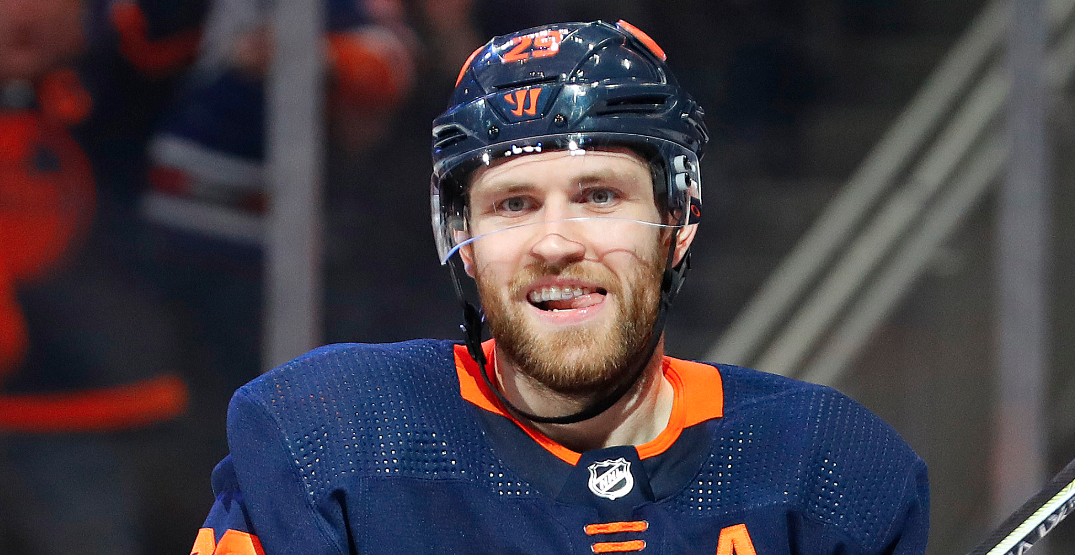 The Edmonton Oilers weren’t a full go in their last practice leading into their second-round series in a Battle of Alberta date with the Calgary Flames, but they’ll be fully staffed by the time the puck drops on Game 1 on Wednesday.

That is, of course, if everyone’s being 100% forthcoming.

Because the trio of Leon Draisaitl, Evander Kane, and Ryan Nugent-Hopkins was absent Tuesday.

Oilers general manager Ken Holland confirmed to Oilers Now host Bob Stauffer that each will play in Game 1 of the Battle of Alberta at Calgary.

Draisaitl reportedly sustained a high-ankle sprain in Edmonton’s seven-game series win against the Los Angeles Kings. The injury, suffered in Game 6, left him as a game-time decision for Game 7.

“The other day I paid attention to the way Darryl (Sutter) had talked about the people that weren’t skating before Game 7, and he put it very eloquently, that everyone who didn’t skate is available,” said Oilers coach Jay Woodcroft, who explained that the absences of Nugent-Hopkins and Kane on Tuesday, in particular, were not family-related.

Here’s how the Oilers could skate against the Flames in Game 1:

Woodcroft didn’t elaborate much further on his unit, but did say he might be more forthcoming if Sutter, Calgary’s bench boss, was, saying “I like reading the other coach’s comments, so I’ll take it under consideration.”

Don’t expect it from the Flames’ side, though. Sutter’s not speaking on the subject.

“I thought we had a really good practice today,” Woodcroft added. “Some of the people who might not be in the everyday lineup provide a little bit of boost and a little energy. I thought they were good today. We got exactly what we needed and we’re well-prepared heading into Game 1.”