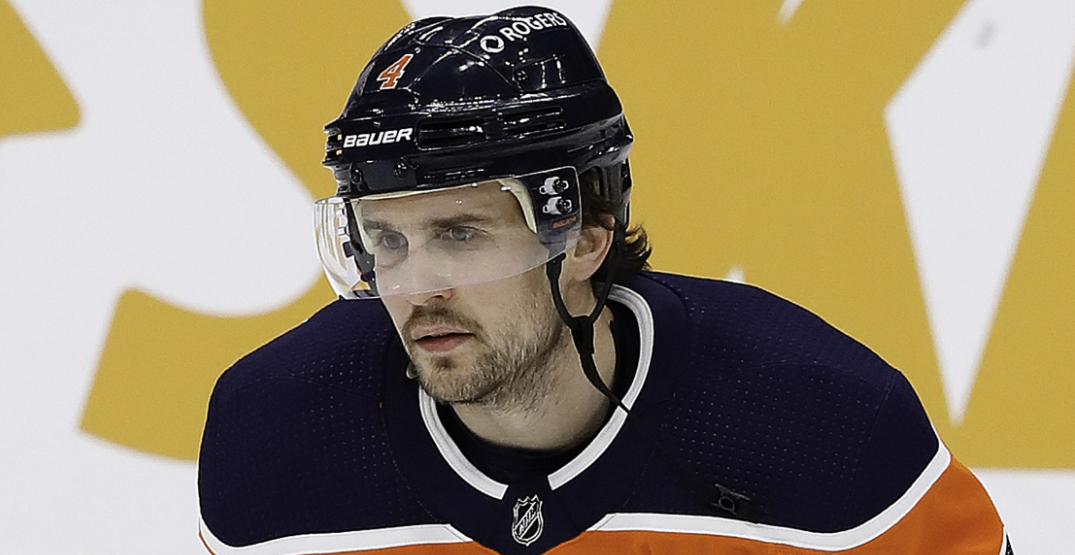 Kris Russell has added his name to the record book.

"It's a commitment from a player to put his body on the line to help the team win & there's something to be said for that."

Congrats to Kris Russell on setting the @NHL record for blocked shots during tonight's first when he hit 1999 in 891 games!https://t.co/ZKVr0gWbGw

“In this history of the game, nobody has blocked more shots than that,” Oilers coach Dave Tippett said postgame. “Everybody knew how much that hurts. There’s six blocks out of every 10 that sting you a little bit, and there’s four out of every 10 that really hurt. You think a guy like that has done that 2,000 times. It’s incredible. It’s incredible.

“It’s a credit to him. It’s really an amazing accomplishment. Our team was really happy for him tonight.”

“We appreciate what he does,” teammate Ryan Nugent-Hopkins said. “He’s been a big part of this team for a long time. He puts his body on the line every night.”

As a result, Kris Russell is the first player since the NHL started tracking blocked shots in 2007-08 to log over 2,000 shot blocks.

The majority of Russell’s shot blocks have come with the Oilers. He’s logged 824 in 317 games since joining Edmonton in 2016-17.

Russell already holds the single-game record for blocked shots, stepping in the way of 15 pucks as a member of the Calgary Flames in a 4-3 win against the Boston Bruins on March 5, 2015.

FYI: Kris Russell has broken the #NHL single-season shot block record! He has 274 on the year! #warrior #CGYvsSTL

He’s blocked eight or more shots in a single game 10 times in his career.

Since joining the Oilers in 2016-17, Russell leads the NHL with 8.05 blocked shots per 60 minutes, almost a full shot higher than the next closest player — Blackhawks defenceman Nick Seeler’s at 7.13.