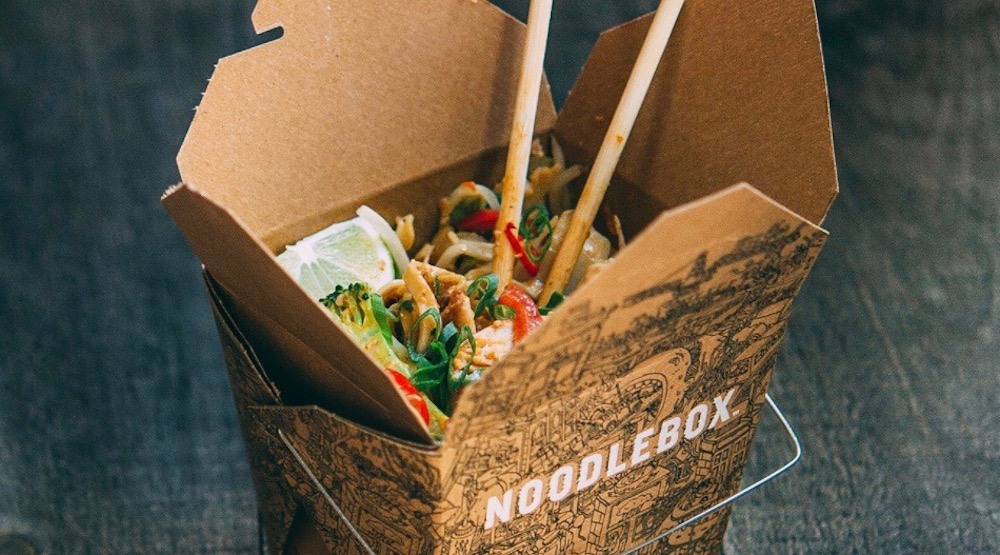 If you live or work in Southwest Calgary, get ready for a very exciting new addition to your foodie scene.

The Canadian noodle purveyor will be sharing a 1500 square-foot space (formally Ric’s Grill) with several other concepts to create a unique dinning destination.

This project is set to open in late April or early May, which means hungry Calgarians could be slurping msg-free Kung Pao Boxes in just a matter of weeks.

Known for its flavourful and hearty boxes like Spicy Peanut, Teriyaki, Pad Thai, and Ginger Beef to name a few, Noodlebox’s popularity lies in the many customizable options the eatery offers.

Customers have to ability to choose their boxes, protein, and spice-level – all the way up to “Scorching Hot”. In addition to this, Noodlebox has a variety of vegan and gluten free options throughout their menu, making it a popular lunch and dinner spot for those on the go.

Noodlebox is a BC and Alberta-based eatery that was born out of a food cart in Victoria, BC in 2001. The chain now has three locations currently operating in the Calgary area (along with many in Vancouver and Victoria) including one in Airdrie, Sherwood Park, and Deerfoot Meadows.

The new location will be the most central and accessible spot for people living in the core or just outside of Downtown Calgary.