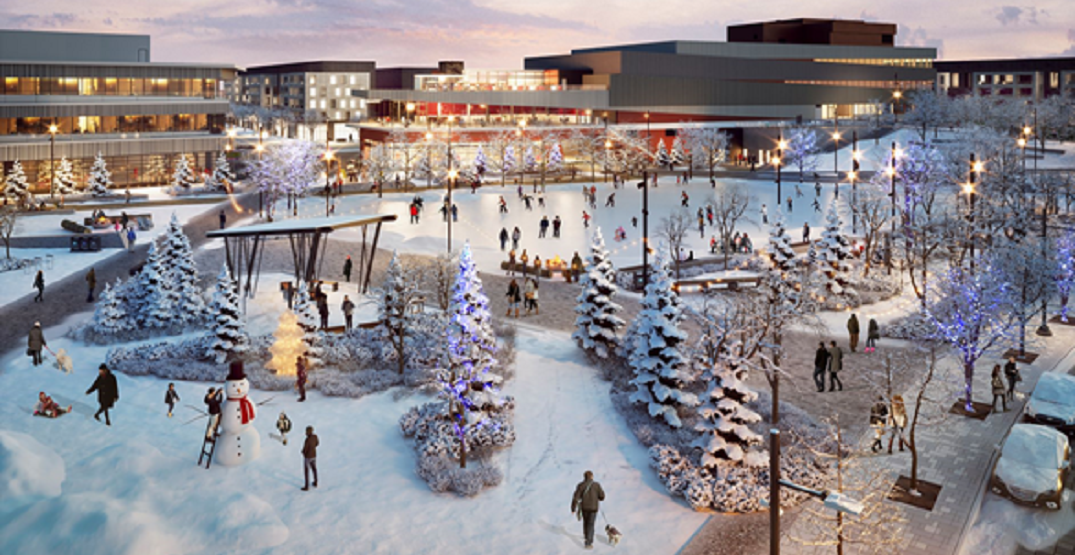 A brand-new park is in the works for NW Calgary.

A release from West Campus Development Trust detailed the announced groundbreaking of Central Park, which will feature a wide variety of amenities for the public, including (but not at all limited to) a winter ice skating rink, a concert staging area, multiple retailers, and a patio space.

“From the start, we have envisioned University District as a gathering place for people of all ages to interact, live and play,” said James Robertson, President and CEO of West Campus Development Trust, in the release.

“We are in the third year of turning our ambitious vision into reality, and this groundbreaking is an important milestone. In addition to starting the construction of Central Park, we want to celebrate our many residential projects currently under development and a variety of retail, entertainment and service retailers who are preparing to open in 2020.” 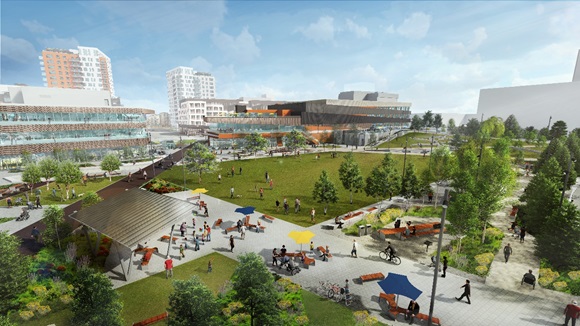 Park-goers will also be able to enjoy a picnic area with tables, BBQ pits, a water fountain, interactive play features, public washrooms and showers for bike commuters, a public plaza, and underground parking.

Once completed, Central Park is expected to be around the same size as Shaw Millennium Park. 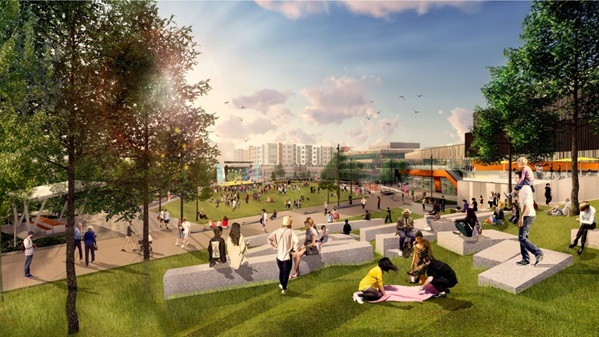 Just over 1,000 residential units are currently under construction as well for Calgarians — and soon-to-be Calgarians — to live within close quarters of the city’s new addition.

“The design for Block 23 and Central Park is truly unique,” said Stephen Mahler, Partner at Gibbs Gage Architects, in the release.

“It merges landscape with buildings in the spirit of our Foothills geography, providing a wide array of places and activities in the park, as well as in and on the buildings to experience the heart of University District. We are sure it will be a place where unique memories are indeed mindfully made.”

Some of the Central Park-adjacent retailers are expected to be open by Summer 2020, while others will not be open until 2021. 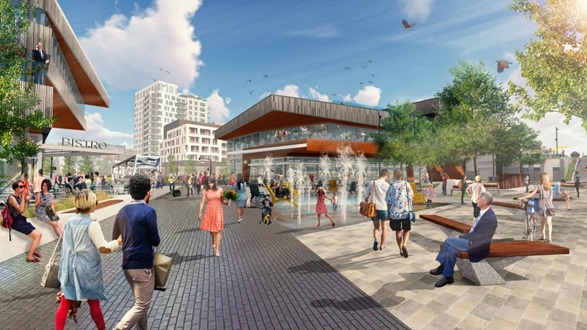