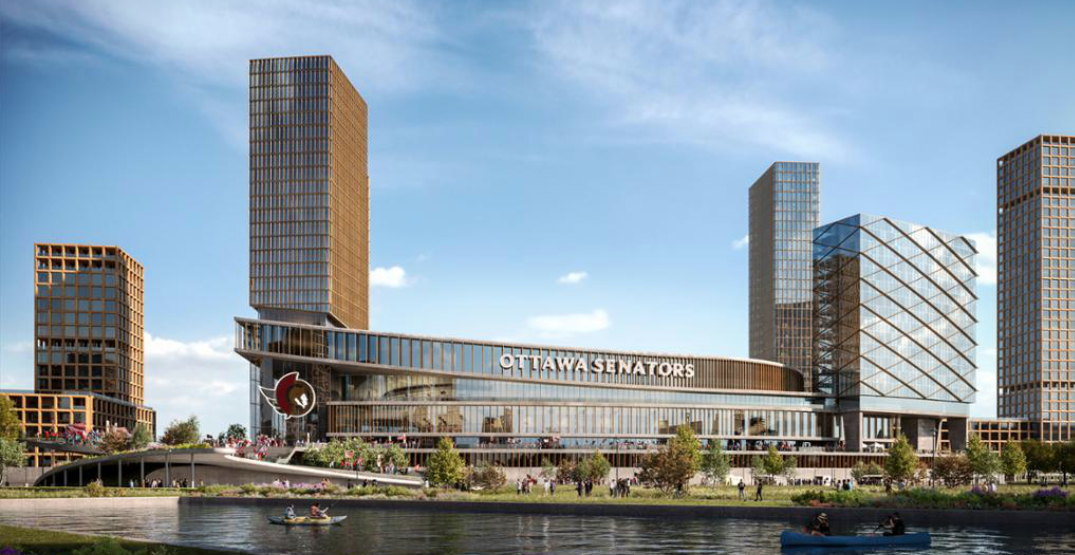 The Ottawa Senators may finally get the new downtown arena they’ve been looking for.

The National Capital Commission (NCC) and Capital Sports Development Inc. (CSDI), a group led by the Senators, announced a memorandum of understanding toward the development of the new events centre to house Ottawa’s NHL franchise on Thursday.

It is to be designed by Populous, a firm with a portfolio that boasts Climate Pledge Arena in Seattle, Vidéotron Centre in Québec City, T-Mobile Arena in Las Vegas, and Tottenham Hotspur Stadium in London, England.

“Today’s announcement marks a significant move towards our long-term vision, a downtown arena at LeBreton Flats,” Anthony LeBlanc, President of Business Operations, said on the team’s website. “We believe that this development will have a major impact on both the Nation Capital Region and our franchise, one that will help to shape the future of the city. We thank the NCC for their collaboration and look forward to working alongside them as we take the next steps on this exciting journey.”

The arena will be surrounded by mixed use development and will be located on Albert Street between Preston Street and City Centre Avenue.

We’ve signed a Memorandum of Understanding with Capital Sports Development Inc (CDSI), a group led by @Senators for the development of a major event centre at LeBreton Flats. | #OttNews #Ottawa pic.twitter.com/XMBXE7mGoi

The Senators currently play at Canadian Tire Centre in Kanata, roughly 24 kilometres from Ottawa. The team was last in NHL attendance in 2021-22 with an average of 9,155 spectators, according to ESPN —  a capacity figure of 47.8%.

Reports in late march had Quebec City set to host five games next season, though those were quickly refuted.