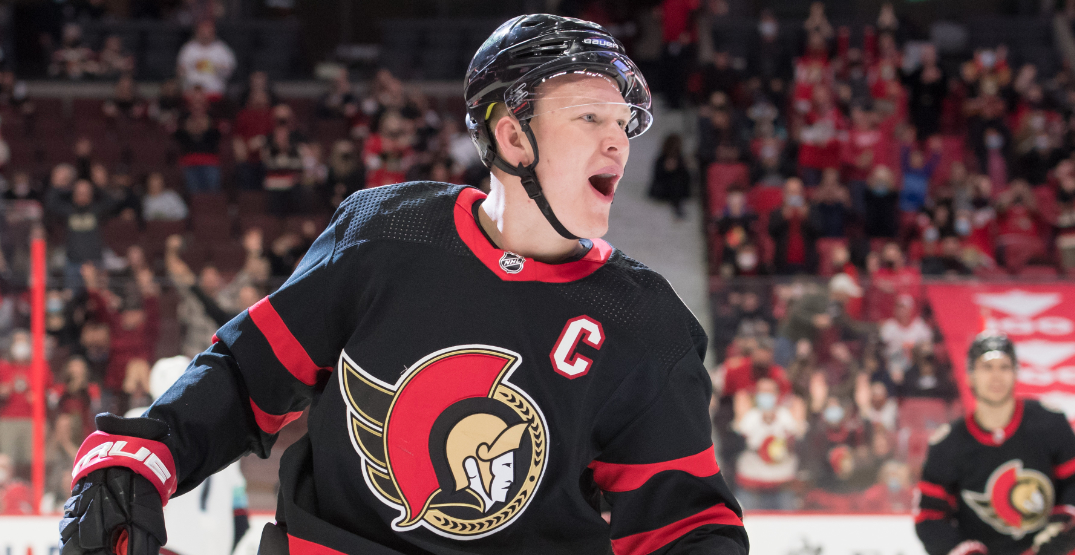 The Ottawa Senators to Quebec City?

The Quebec government and NHL commissioner Gary Bettman have spoken about the possibility of hosting five games at Videotron Centre in the provincial capital next season, according to a report from La Presse.

Bettman suggested the option during a meeting with provincial officials on January 14, according to the report.

“According to La Presse sources, it was Gary Bettman who put forward such a scenario during his virtual meeting with Quebec Finance Minister Eric Girard in mid-January. And he seemed convinced that it would be done without too many obstacles,” the report said, according to a translation.

Negotiations have taken place recently, especially between the Senators and Quebecor — the manager of the Videotron Center — the publication says.

The story was “quickly refuted by the Senators,” Elliotte Friedman wrote in his 32 Thoughts column Thursday.

Videotron Centre, an 18,259-seat arena, opened in 2015 and is home to the Quebec Remparts of the Quebec Major Junior Hockey League.

It was initially built to entice the NHL back to Quebec City, which lost the Quebec Nordiques when it relocated to Denver, Colorado in 1995 and became the Colorado Avalanche.

The arena is the seventh-largest in Canada — and the largest without an NHL tenant — and cost $370 million to build.

The Senators are, however, reportedly in talks with Quebec City to put together a joint bid to host the 2023 IIHF World Junior Championship, multiple reports indicate.

Ottawa is last in the NHL in attendance this season with an average of 7,834 fans per home game, according to ESPN. The Senators are 15th in the 16-team Eastern Conference with a record of 23-37-6.

They are yet to be officially eliminated from the 2022 Stanley Cup Playoffs but have a 0% chance of qualifying under MoneyPuck’s playoff odds model.