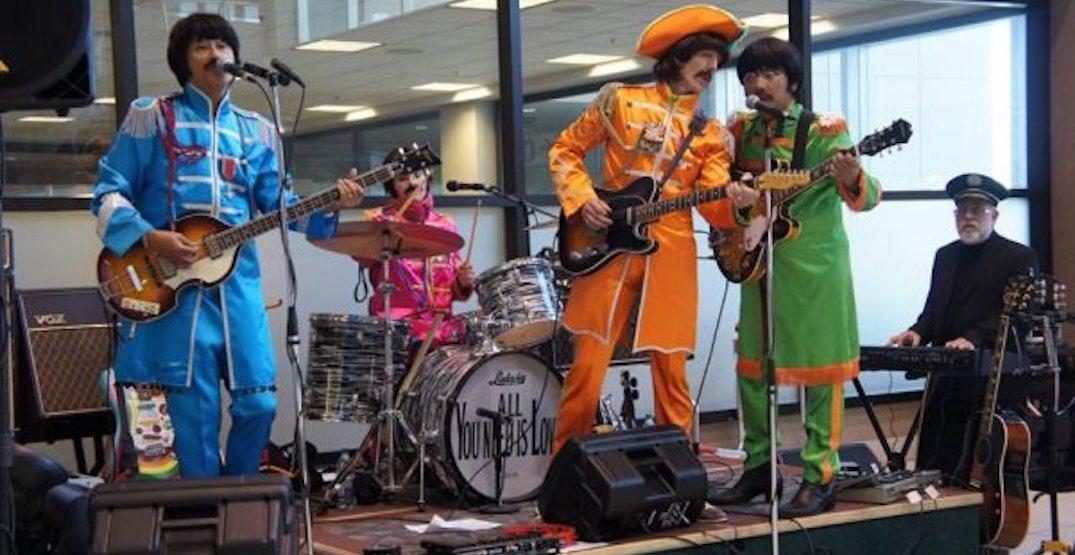 All You Need is Love Beatles cover band

Calgary’s New Horizon Mall will be filled with music this Saturday.

While the innovative mall has been having some problems getting businesses into their 500+ retail spaces since they opened last year, organizers have been using the building’s entertainment stage to its fullest by hosting multiple events in the months since.

The latest event planned is a Valentines-themed chocolate-making demonstration with Choklat, an Alberta chocolate-maker, according to a release from New Horizon Mall.

Choklat’s president Brad Churchill will be on scene starting at 1 pm to show attendees how chocolate is made — which you may even get the chance to taste.

Brad Churchill, president of Choklat pictured in front of his chocolate-making facility (Submitted)

The event will also see a craft station for kids, prize draws, and a musical performance starting at 2 pm.

The All You Need Is Love Beatles Tribute Band will take to the mainstage at 2 pm, bringing the legendary tunes of The Beatles to life.

A visit to the mall will also be a chance to check out many of the new stores that have opened up since the end of 2018, with over 60 stores now operational within New Horizon Mall.

It’s still not the 500+ businesses that the mall expects to hold once fully underway, but it is a sign of gained momentum, given that there had only been two dozen stores open by the end of November 2018.

The mall’s food court seating has started seeing some use, as well, as the release states that authentic Asian fusion cuisine is available at Matty’s Grill, along with rolled ice cream treats at Frollies Ice Cream.

The Valentines event will be held on Saturday, February 9 and is free for all to attend.