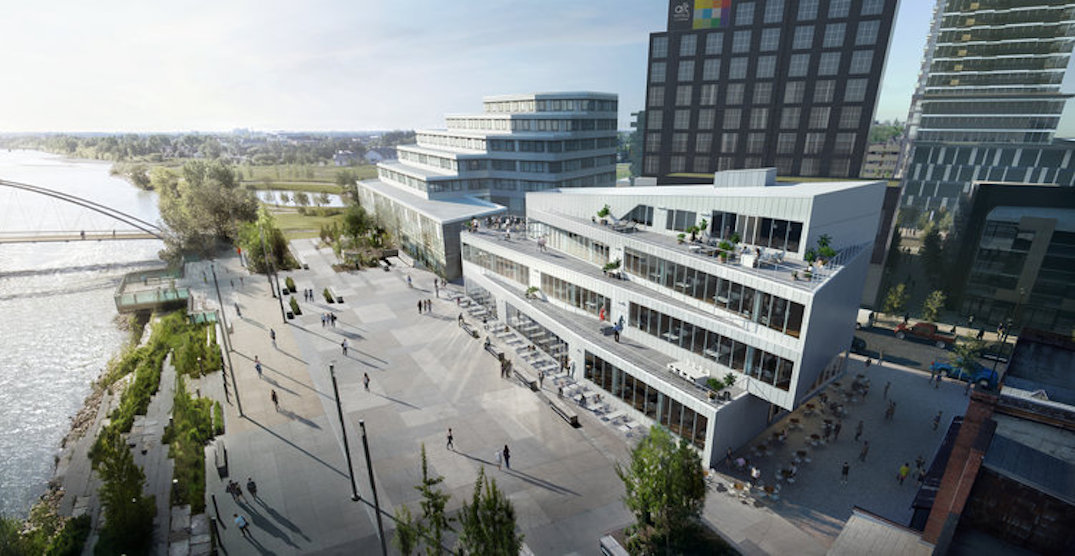 The Simmons Building is about to get a brand new next door neighbour.

Ground has been broken for the newest addition to Calgary’s East Village, a river-front parcel known as M2.

The building will encompass only a quarter acre in size, but will feature a variety of living, working, and dining areas. It will be located directly east of the historic Simmons Building, with a view of the Bow River and easy access from Calgary’s George C. King Bridge. 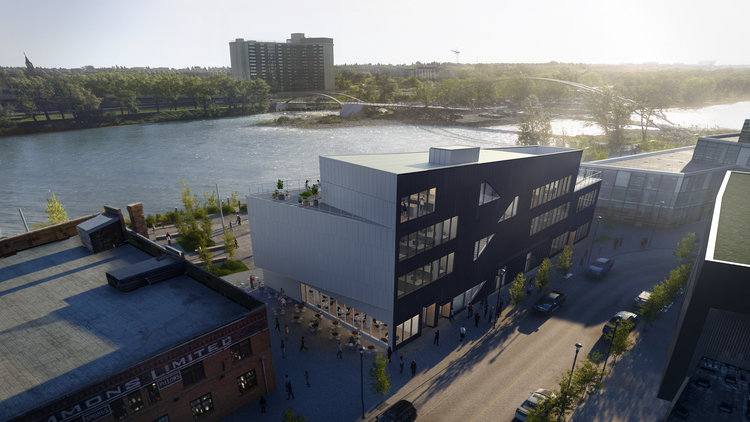 M2 is a Calgary Municipal Land Corporation (CMLC) project, and is being headed by the corporations first female developer, Kate MacGregor.

“We want to attract tenants whose vision not only aligns with the building’s design but amplifies and compliments the neighbouring Simmons building in creating a one-of-kind dining destination,” said MacGregor, president of XYC Design + Development, in a CMLC release.

“It is an unparalleled opportunity to be along the Bow River. On one side, this is going to be the best patio in the city, while on the other, you’re in East Village’s urban village, right next to downtown. We want partners who share our excitement and vision.” 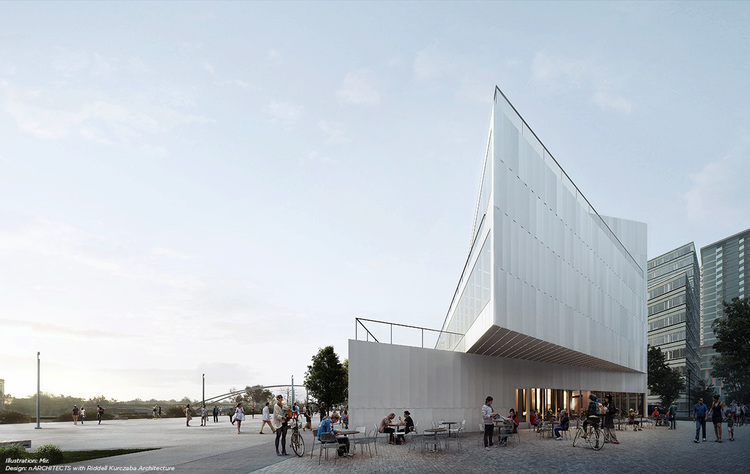 M2 is expected to be completed in 2019, and once built it will feature 7,500 sq. ft. of restaurant space on the ground level, an additional 2,500 sq. ft. of patio on the RiverWalk Plaza, 12,500 sq. ft. of boutique office space in the upper two floors, and a three-bedroom penthouse on the top floor, complete with a view of Bow River and St. Patrick’s Island.

“The design of the building was really inspired by the challenges of working within such a small, constrained site,” said Kate MacGregor.

“The undulating north façade of the building minimizes shadows along the riverfront and, as each level subtly recedes from RiverWalk, results in a series of spectacular terraces with panoramic views of the Bow River.”

While that may be quite the stunning view to see, it’s clear from artistic renderings that the M2 building will be catching a few eyes itself. 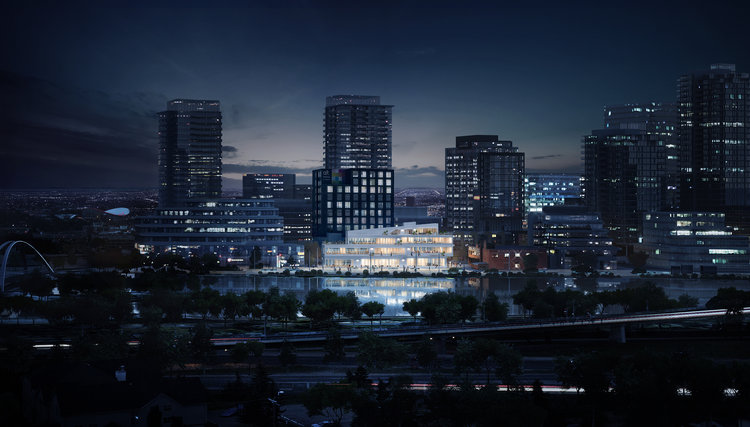