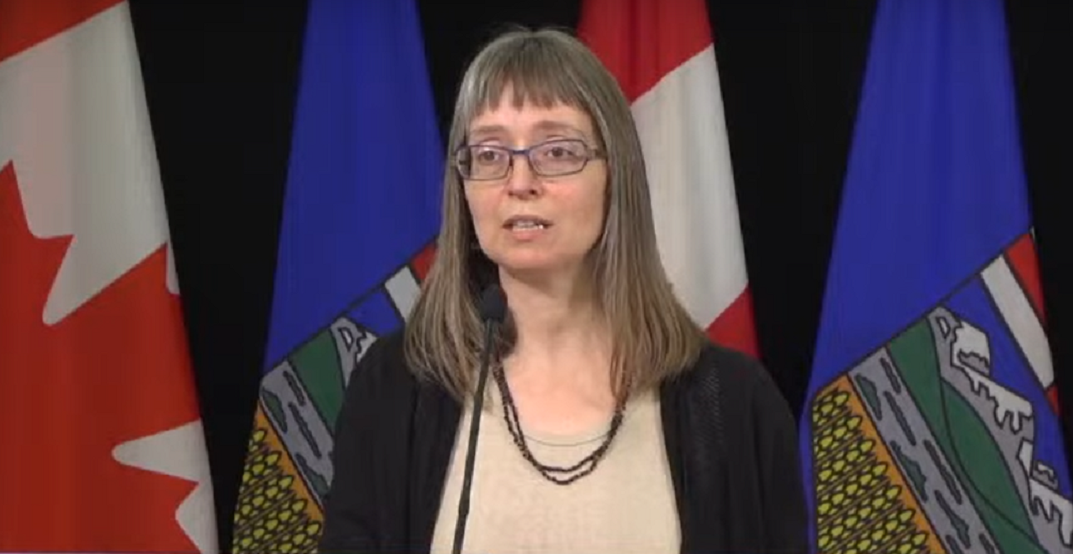 In a Tuesday press conference, Alberta Chief Medical Officer of Health Dr. Deena Hinshaw said the province has seen 33 new known cases of COVID-19 in the past 24 hours.

This brings the province’s known total to 6,716.

She noted that there have been no new deaths related to coronavirus over the past 24 hours.

Hinshaw also said there are currently 61 cases in hospital with eight in ICU, fewer than seen at the end of last week.

Today’s 33 new cases were detected as a result of 2,428 tests being carried out over the past 24 hours.

“While it is too early to see the full impact of relaunch, so far our case numbers in the province have held steady,” Hinshaw said at Tuesday’s conference.

“We are not seeing any increase so far in numbers in Calgary and Brooks and overall, as I mentioned, our cases are stable.”

She also noted that of the 3,400 asymptomatic tests done in Calgary, 430 were done on close contacts of known cases. Of that 430,75 tested positive. Of the remaining 3,000 asymptomatic Calgarians, only 48 tested positive for the virus, “showing that the likelihood of infection is much greater when there is a known exposure.”