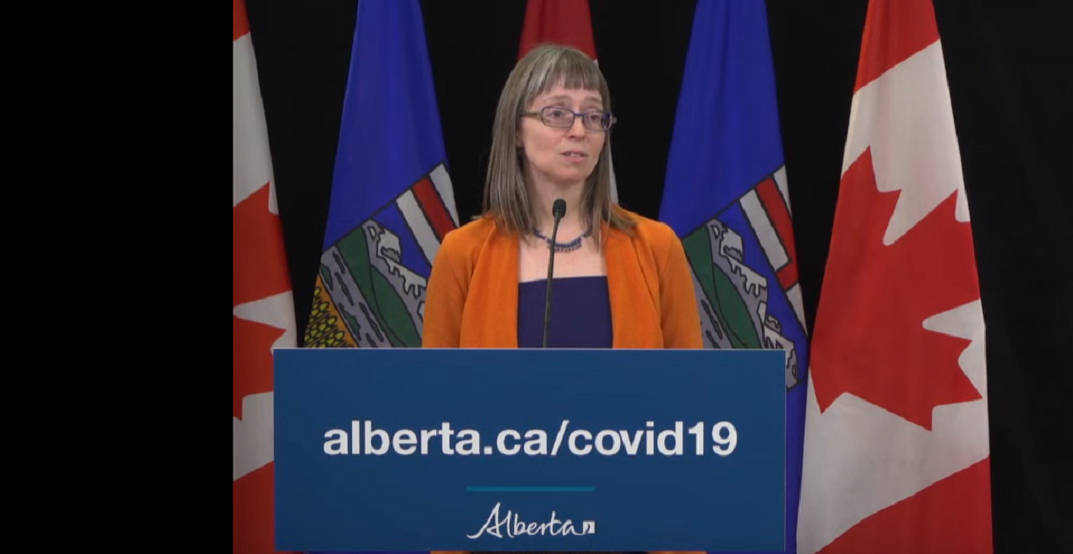 In a Tuesday press conference, Albert’s Chief Medical Officer of Health, Dr. Deena Hinshaw, said that Alberta has seen 64 new known cases of coronavirus in the past 24 hours.

This brings the province’s known total to 754.

She also noted that there has been one new death as of March 31, bringing Alberta’s total fatalities to nine.

The new death was a resident at the McKenzie Towne Continuing Care Centre in Calgary.

Hinshaw said 75 of Alberta’s total known cases may have been caused by community transmission.

There are also 49 cases currently in hospital, and 17 people in the ICU.

A total of 77 of Alberta’s known cases were found in health care workers.

There have been a total of 120 people who have recovered from coronavirus in Alberta.

“The number of confirmed cases in the last few days has been less than what we’ve seen previously, this is due to several factors,” Hinshaw said at a previous briefing.

“We have stopped testing returning travellers, so we knew that our daily positive numbers would go down. We have also had a decrease in the total daily tests in the lab over the past few days given some challenges with lab testing supplies. It will take us several days more of this new testing protocol to get enough data to understand our trends.”