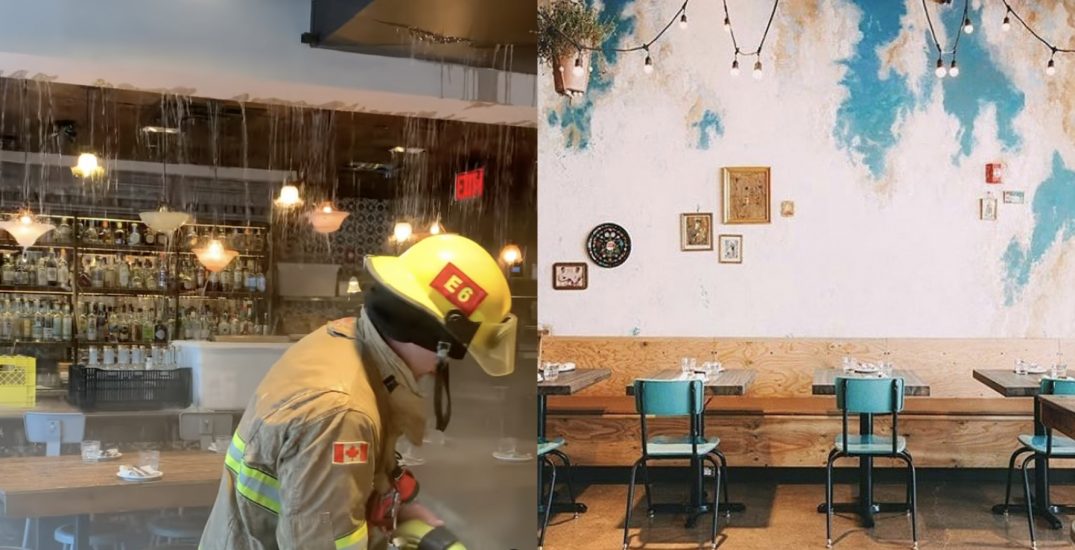 Native Tongues Taqueria, a popular Mexican restaurant located in the heart of Calgary, is experiencing a hard time amidst extreme cold weather in the city.

According to an Instagram post from Native Tongues earlier this week, a pipe burst in the restaurant, flooding the establishment.

Footage shared on social media shows water pouring out of the ceiling above Native Tongues’ bar and from vents and pipes through the dining area, as a firefighter walks through to assist.

“We unfortunately had a pipe burst during this cold snap and our restaurant has flooded,” reads the eatery’s post.

Due to the flooding, Native Tongues says that it will be closed “until further notice.”

“Thanks to the amazing first responders helping us out today,” Native Tongues added.

Other Calgary establishments, locals, and fans of the restaurant shared messages of sympathy in the comment section of the Instagram post, including Made by Marcus, Deane House, and Canadian country music singer/songwriter Jess Moskaluke.

Native Tongues responded to the outpouring of support, saying “Thanks so much for all the kind words everyone! The team is safe, which is the most important thing.”

“Can’t wait to have you in again ASAP!” the restaurant added.

Daily Hive has reached out to Native Tongues Taqueria for comment, and will update this story when more information is available.