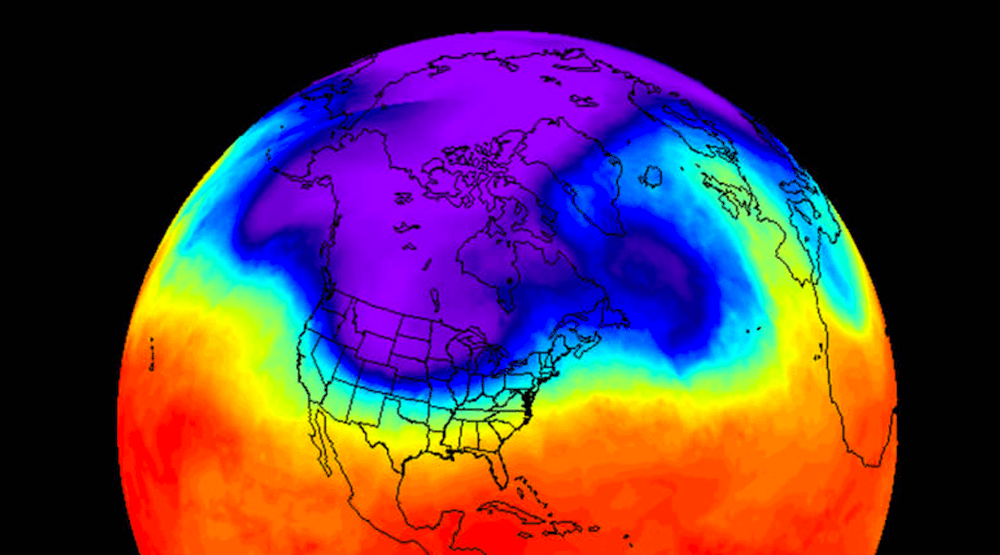 All that talk about a colder than normal winter hitting us this season is finally here.

In a report released by NASA, infrared imagery from space shows Canada getting hit by a cold air mass over the last week as a polar vortex makes it way south.

Animation of AIRS imagery from NASA’s Aqua satellite from December 1 to 11 shows the movement of cold air over North America. Cooler temperatures appear in darker blue and warmer temperatures in dark orange.

“On December 11, another trough of cold air was sweeping down from Canada into the northern plains and is expected to bring very chilly temperatures over the north central and northeastern US on December 14 and 15,” says the report.

Experts at Science Alert say when the polar vortex is strong, it stays contained nicely in the Arctic circle and doesn’t bother the rest of us. But as the polar vortex weakens, it is more likely to break and send blasts of cold air down into the lower latitudes.