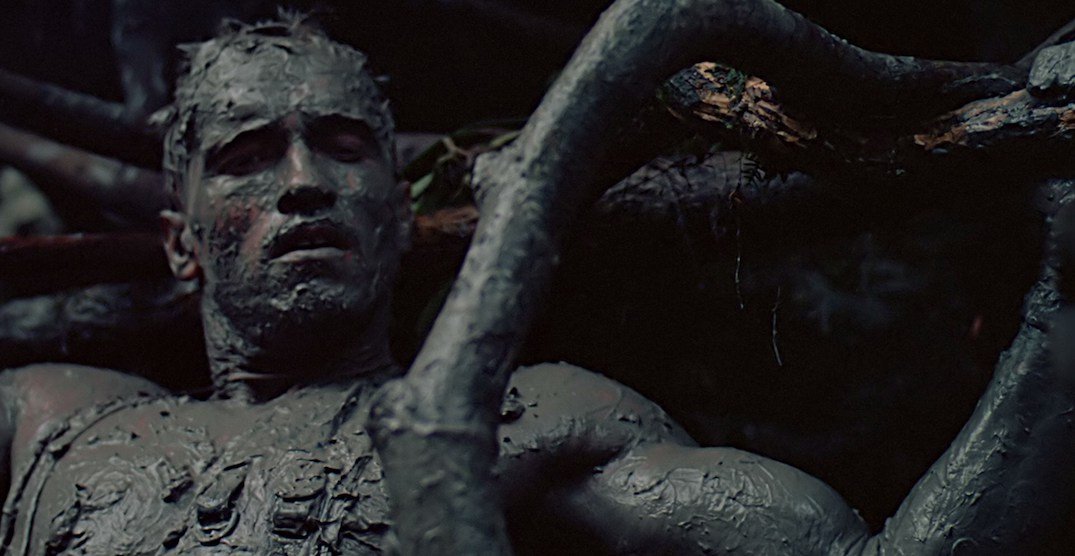 It was enough to help Arnold Schwarzenegger avoid the Predator, but the same tactic didn’t pan out so well for a 41-year old man from Olds, Alberta.

According to a release from Airdrie RCMP, a man covered in mud was arrested on Wednesday morning after a lengthy police chase that started with a stolen Ford pick-up truck.

The situation began the previous evening around 9:45 pm, when Airdrie RCMP were contacted by the Calgary Police Service HAWCS helicopter and told that there was a stolen Ford F-350 driving into the Airdrie area.

The truck had been driving into fields and onto rural properties, and eventually made its way eastbound into Rocky View County and the Beiseker area.

It took three separate spike belts, but the truck was eventually stopped just northwest of Acme, where the driver fled on foot. Police were quick to pursue with police dogs, but the wet terrain made it difficult to track the suspect and he eventually got away.

The release states that police began to receive calls about a suspicious man covered in mud the following morning. He was wandering through the rural area asking for a ride and actually managed to get a lift from a Good Samaritan by stating that he had driven his truck into a creek.

Beiseker RCMP eventually located the man after he was dropped off at a restaurant in Linden.

The man will appear in provincial court on August 23.