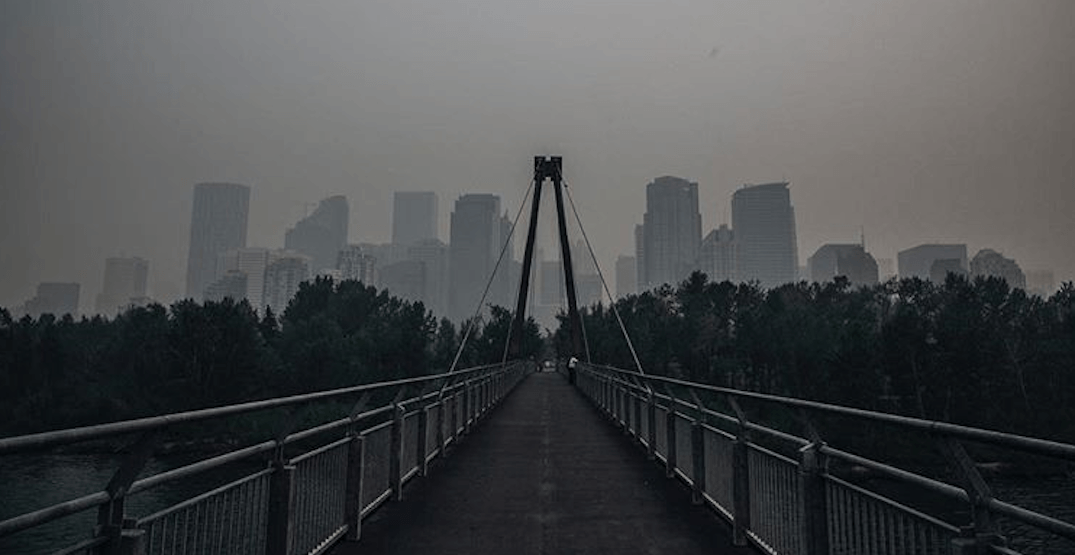 If something happens four days in a row, can it really even be called “special” at that point?

Environment Canada seems to think so, as a fourth special air quality statement has been issued for Calgary due to the smokey skies surrounding the city.

The advisory places the blame solely on our provincial neighbour’s shoulders, stating that smoke from the forest fires in British Columbia is drifting over the Rocky Mountains and smogging up our skyline.

It also stated that smoke will be moving into northeastern Alberta this morning, though didn’t specify if that meant it would be moving away from Calgary.

“During a wildfire, smoke conditions can change quickly over short distances and can vary considerably hour-by-hour. Air quality is expected to be intermittently poor for the remainder of the week,” the release states.

This weekend’s potential showers may bring relief to residents, as there is a 70% chance of rain on Sunday night.

As always, people in the area are encouraged to spend as much time as possible in air-conditioned, air filtered buildings to avoid the worst of the smoke.

Keeping an eye out for people with existing medical conditions, young children, and seniors for signs of coughing, headaches, or shortness of breath is also recommended.

6am today was #Calgary‘s 237th smoky hour so far this year, which puts us in 3rd place for most ever. If the smoke continues uninterrupted, we will make it into 2nd place tomorrow at 1pm. #YYCWx pic.twitter.com/3mLd00dg9A

According to the weather historians over at Twitter account YYC Weather Records, 6 am today marked the City’s 237th smokey hour — meaning that if the smoke continues uninterrupted, 2018 will become Calgary’s second smokiest year on record.