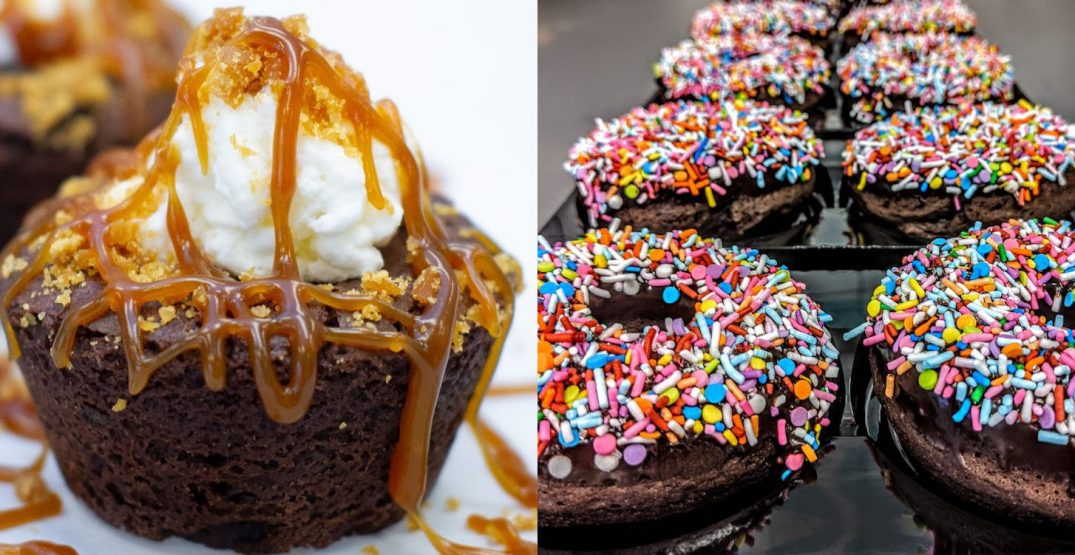 Made in Calgary is a collaboration between the City of Calgary and Daily Hive. Together, we’re turning the spotlight onto local businesses, organizations, and individuals who are helping to create a healthy local economy.

Good donuts are hard to find — and good gluten-free ones are even harder.

Steve Fletcher-Beck was on a mission to change that back in 2016. The avid home-cook launched Calgary-based food company Mountain Rhino with his wife Ruth, taking their dreams to a local farmers’ market in the city.

As part of Daily Hive’s Made in Calgary series spotlighting local businesses, we connected with Fletcher-Beck about his company, which has grown to be much more than just donuts.

“When we started Mountain Rhino we really just wanted to bring some artisan donuts with unique flavours out to the market,” Fletcher-Beck told Daily Hive.

Being gluten intolerant himself, creating an alternative was a no-brainer for the entrepreneur.

“We realized that although there was gluten free available people were really wanting food that was as good as food with gluten,” Fletcher-Beck explained. “They wanted food of choice instead of necessity, we have had people cry after eating some of our food because they were so happy,” he continued, noting that taste quality and texture are both key to the recipe.

Although it doesn’t have a brick-and-mortar location, Mountain Rhino has grown into a full-fledged food company with a line of packaged mixes, including products for waffles and pancakes, chocolate chip cookies (both vegan and GF options), and cinnamon buns. For those feeling savoury, the pizza dough mix is a must-try.

“When we started we were Mountain Rhino Donuts, and that was all we did, so donuts were our signature to start but now we have changed and added so much more,” Fletcher-Beck said.

“Our donuts are definitely popular and a favourite for many, currently  I would think the most popular item is the cinnamon bun,” he also shared.

The company’s delectable desserts are available by special order and via wholesale retailers, including Sobeys. 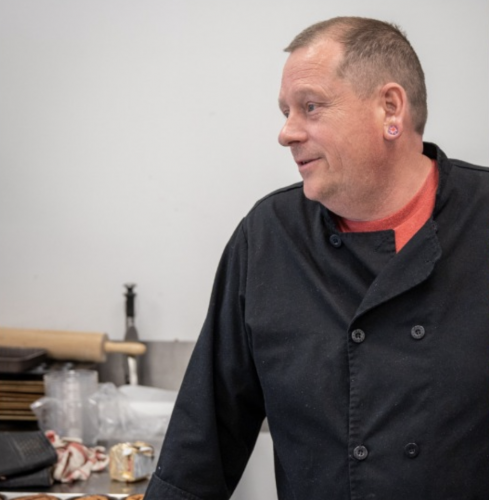 The success of Mountain Rhino — which is also Ruth’s nickname for Steve — allowed him to eventually leave behind his full-time career as an insurance broker.

“I was just going to do one Saturday a month in a tent at a farmers’ market just for the summer,” he said of their initial launch. “Two weeks later I left my job and joined a few more markets. So much for being a weekend warrior — it became my full time gig and I love it!”

The business also allowed Fletcher-Beck to apply his lifelong love of being in the kitchen. Most of Mountain Rhino’s recipes are a result of his at-home “trial and errors,” sometimes taking a year to get just right.

“I have always loved cooking and baking with my wife so that passion carries me through when I am struggling to get a recipe to work. It took me 12 months to get our gluten free cinnamon buns to be that  fluffy pull-apart bun that people would remember,” the UK native revealed.

“The majority of the recipes we have are adapted from our favourites or something we may have tried and like so we make it gluten free. To do this we have made a lot of bad desserts, but we keep tweaking until it is just as tasty as its gluten counterpart,” he shared, explaining that everything — including their corn-syrup free marshmallows and graham crackers — is made in-house.

Being a part of the Calgary community is also key for Steve and Ruth: the duo source locally whenever possible, and also give back to organizations like Alberta Cultural Society of the Deaf (ACSD), Luna (formerly the Calgary Child Advocacy Centre), Independent Living Resource Centre, and Outlink.

For those who are celiac or have nut allergies, all Mountain Rhino products are packaged in a dedicated gluten free and peanut and tree-nut free facility. All products use either rice flours, xantham gum, tapioca flour, or potato starch, so you can feel confident about what you’re eating from this Calgary bakery.