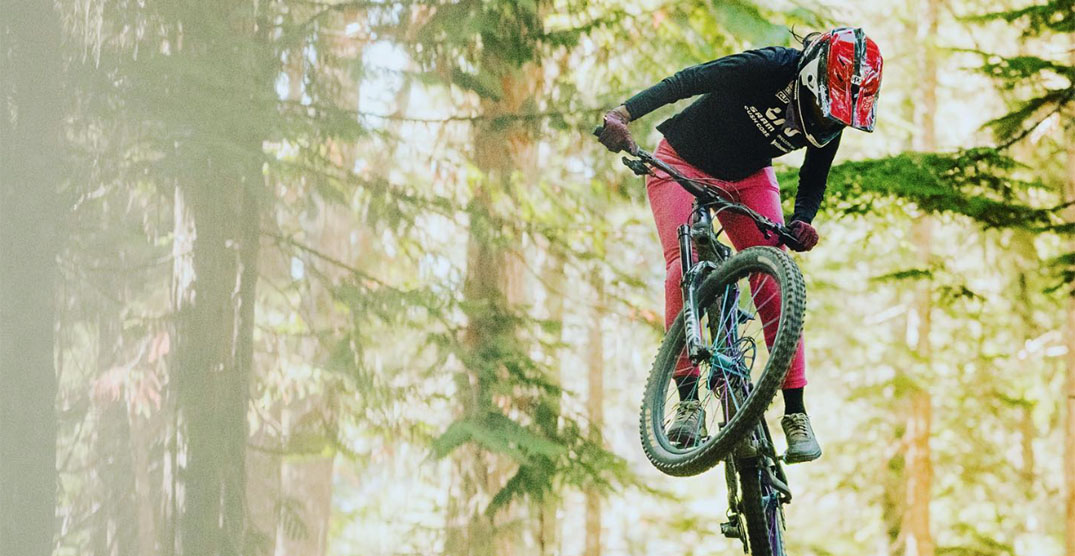 Several Canadian mountain bikers are calling for an apology and better training after an Adidas marketing manager wrote a blog post they say upholds institutional barriers within outdoor sports.

The outcry started after Whistler-based Women’s Freeride Movement published a post in February on how aspiring female athletes need to better market themselves to ascend to higher levels in the sport.

Author CJ Selig suggests women should be on their bikes more, hire a professional photographer to shoot them while they ride, buy a phone with a high-quality camera, and pay to get themselves to competitions.

She also suggested athletes should choose to live in already-established mountain biking hubs for a better shot at competition invites or sponsorships.

“Do they live in a valued market? This matters for some obvious reasons, an athlete’s most influenced fanbase is usually in their hometown; if that happens to be Siberia that isn’t very appealing to sponsors,” Selig wrote. “If [sponsors] need to buy a plane ticket to Siberia to set up a photoshoot or bring their athlete to a demo-day in Southern California, this financial burden will be considered.”

Selig is a California-based mountain biker who’s also a sports marketing manager at Adidas. She declined to comment for this story. 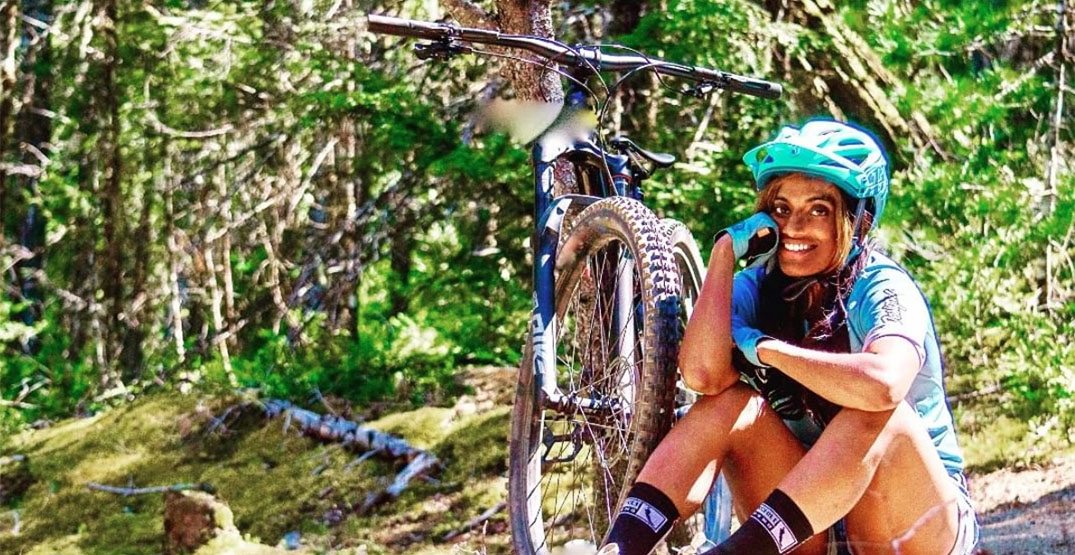 For Anita Naidu, a professional mountain biker, engineer, and diversity consultant based in Whistler, BC, the post seemed steeped in white privilege, and failed to take into account barriers racialized athletes face.

“It’s essentially a manifesto of how to keep the outdoors and mountain biking limited to white, wealthy Westerners,” Naidu told Daily Hive. “This article refutes all systemic barriers that centuries of colonialism have established, and suggests that the reason you don’t see women of colour in the upper echelons of outdoor sport is due to their own lack of hard work.”

Naidu said the article is willfully ignorant and fails to acknowledge racial discrimination, global inequity, and passport hierarchies — pointing out that it’s not easy for everyone to get on a plane to Europe.

What’s more, although many athletes use social media to gain recognition, Naidu said that shouldn’t be the only mechanism to gain sponsorships or professional recognition — especially when Eurocentric beauty standards play a role in who gets attention online.

“Why is it on non-European athletes to prove to Adidas they are worthy of sponsorship only via social media ? Adidas has lots of resources and is in countries around the world. If they are serious about diversity and inclusion they should have systems that scout for talented athletes in the non-European countries they are doing business in,” Naidu said.

Naidu was also concerned that it was an Adidas marketing professional, someone who may hold sway in choosing athletes to sponsor, who wrote the article. She wants both Selig and Adidas to apologize and take accountability, step up anti-racism training, and understand what real inclusion means.

“This is a person who has enough power to shape how outdoor sport evolves,” she said.

Amy Remark, a Squamish-based mountain biker who owns Dirty Jane bike clothing store, told Daily Hive she was removed from a mountain biking Facebook group run by Women’s Freeride Movement after she commented suggesting Selig’s article was classist and racist. She also said her critical comments on the blog post itself were deleted.

She alleged Selig replied to her comments in a disdainful way, and claimed Remark was misunderstanding the post.

“It reinforces a belief system that needs to change,” Remark told Daily Hive. “If you want to be a feminist, you can’t only include white women … For a white woman in a position of power to say, ‘Do what I did and you can become a professional mountain biker’ — that’s a problem.”

Hayley Diep, a mountain biker and author based in California, also said Selig’s advice came from a place of privilege. Access to the sport, even recreationally, can be very challenging — Diep said she’s often the only woman, and only woman of colour on the trails on any given day.

To say success comes down to marketing reveals a lack of understanding about inclusion in the sport, she said.

“[Adidas] Five Ten and CJ play a huge role in sponsoring female riders and marketing. But they’ll have these classist and racist ideals that they don’t necessarily realize are classist and racist. It makes it very hard for women of colour who are not economically privileged to succeed or be included in the sport.”

Naomi Maldonado Rodriguez, a mountain climber, said issues of racism and classism are present in many outdoor sports — not just mountain biking. She’s the organizer of Out of Bounds Climbing and involved with Belay All, both dedicated to diversity and inclusion in climbing.

“The article was really problematic to me because it reduced the success of an athlete to perseverance and grit. Those are obviously important characteristics, but what it really didn’t do is acknowledge all the barriers someone might face before even getting into [the sport].”

She said Selig failed to acknowledge who historically has and has not had access to outdoor spaces and financial resources to purchase expensive equipment required to participate in outdoor sports.

“This is an ongoing issue across pretty much every outdoor sport,” Maldonado Rodriguez said. “But when a global marketing manager says that we’re less likely to sponsor you because you don’t live in a ‘valued market’ — what does that say about who Adidas actually wants to represent? Who they actually want to see using their equipment?”

The blog post is no longer visible on Women’s Freeride Movement. Daily Hive reached out to the organization for comment but has not yet heard back.

And Adidas spokesperson confirmed it received “a very small number” of complaints about the article — which it said Selig wrote in her own time, not as a representative of Adidas. In a statement to Daily Hive, the company said it reviewed the article and discussed it with Selig, and she decided to take it down.

“We support this decision,” Addias said. We believe that we need to listen and respect the views of others if we are to make sport a positive space for everyone.”