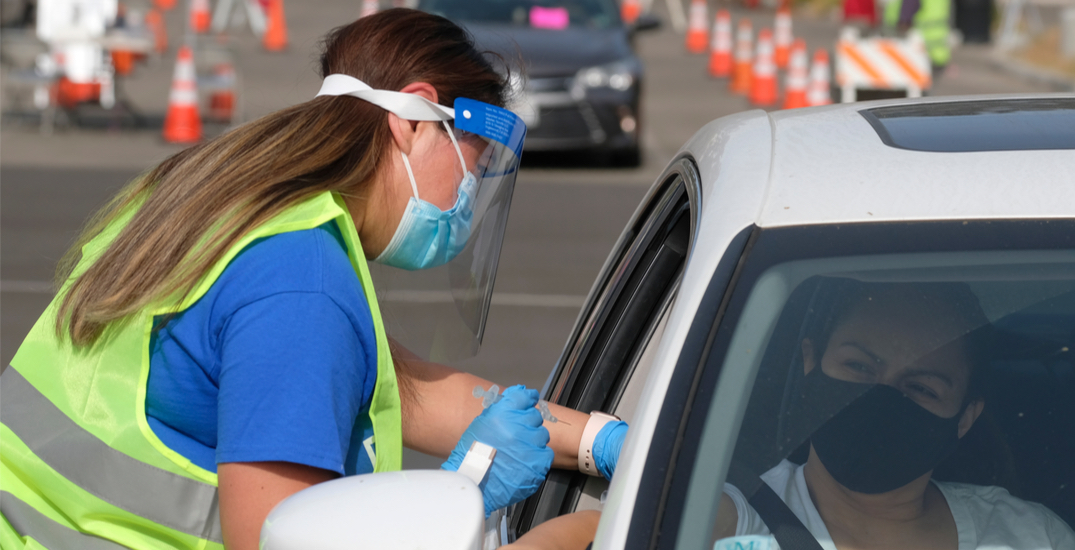 The Aamskapi’Piikuni Blackfeet Nation in Browning, Montana, has offered their extra supply of COVID-19 vaccines to Alberta residents.

In a collaboration between the Blackfeet Nation and the Siksikaitsitapii Blackfoot Confederacy Tribal Council (BCTC), a mobile immunization clinic was set up over the past two weeks at the Peigan-Carway Medicine Line at the Canada-US border.

After immunizing the majority of the Aamskapi’Piikuni tribe, the Blackfeet Nation had an extra supply of Pfizer and Moderna vaccines left and decided to offer the remainders as a gift, rather than wasting them.

This was a historic, government-to-government, nation-to-nation act of reconciliation to administer COVID-19 vaccines to members of the Blackfoot Confederacy and residents of the nearby town of Cardston, Alberta.

“We’re probably at about 98% (fully) vaccinated here on our reservation,” said Piita’hkotokii James McNeely, public information officer with the Blackfeet Tribe in Browning, in a news release.

McNeely said that discussions began about a month ago, and they “threw together” the mobile clinic in seven or eight days.

“I am actually brought to tears today hearing that the efforts to assist our relatives and folks across the medicine line with vaccines has been awesome!” said McNeely. “Many of the folks cried today when they were able to get vaccinated.”

Both northern Siksikaitsitapi tribal members and Alberta residents in the Cardston area, which is about a 20-minute drive from the crossing, were welcome to get their shots.

According to the news release, the mobile vaccination site was set up in a drive-thru format, where participants aged 16 and older could drive up to the Carway crossing, provide their passport or status card, and receive either the Moderna or Pfizer vaccine. There were approximately 750 total doses available.

The Blackfeet Nation in Montana gifted their surplus COVID-19 vaccines (750 doses) to nearby residents in Alberta, Canada.

People drove for hours and lined up for miles on the highway to be vaccinated at a mobile clinic set up at the border crossing. pic.twitter.com/7gdjVYvT9F

Alberta residents who participated in the mobile vaccine clinic were given an exemption from the 14-day mandatory quarantine period for travellers returning to Canada by the Medical Officer of Health in Canada, since cars turned directly around to head back into the country.

The Blackfeet Nation administered over 400 vaccinations on April 20 and 21 and returned to the Medicine Line on April 28 and 29 to “gift” more COVID-19 vaccines.

“We’ve been vaccinating many people from all walks of life to help save lives and end this pandemic,” said McNeely. “This is a time for reconciliation and healing and [for] government-to-government relations to become stronger. Way to go, everyone!”