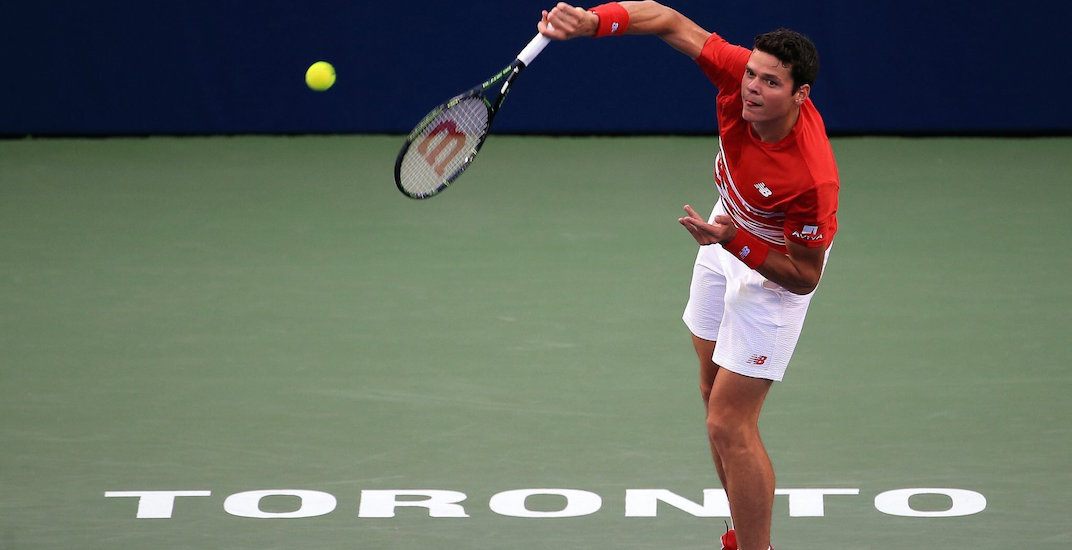 Many of the world’s best tennis players met with the media Sunday and some left us us with memorable comments.

Canada’s Milos Raonic finally confirmed what he had guessed right after losing at Wimbledon earlier this summer. Following his quarter-final loss to 8-seed John Isner, Raonic said he felt like he tore a muscle in his right leg.

On Sunday, he confirmed that he tore his quadricep during the match.

Healed and ready to go in Toronto, the 27-year-old was asked how he continues to be so positive despite the many injuries he’s suffered.

“I guess one of the things I’ve had is the luxury of being hurt quite a few times recently, so I have that experience,” said Raonic, whose world ranking has fallen to 29 from it’s high-point of No. 3 in 2016.

“I know how to reset, and you just sort of wait for that to pass.”

Then he went into full positivity mode.

“You come out in your first opportunity to play and you try to imitate and emulate as much of a positive mental attitude as you can to try to get you through those moments where you wish you had more moments to emulate.”

After several hours of practicing in Toronto’s muggy heat, with temperatures reaching a reported 34 degrees, Grigor Dimitrov gave a surprising answer when asked how he’s finding the weather.

“It’s great. I’ve been practicing every day out here for about two hours,” said the smiling Bulgarian, knowing he might as well say he enjoyed taking ice baths.

The writers at the table laughed, of course. The fifth-seed continued: “Back home it’s even warmer than here so when I got here I was like, ‘Wow, that actually feels super nice.'”

“I love those kinds of conditions. I always look forward to playing in warm conditions.”

Yes, he was being serious.

Milos and Denis are eager to play at home

Raonic, who grew up in Thornhill, Ontario, had a good take on how it feels to play in front of a home crowd.

“I always say when things are difficult in a match, it makes them a little bit easier – getting energy from the crowd – and when things are going well, it sort of makes it last longer.”

“I’m confident with the home crowd,” he said.

“I tend to bring out a good game when I’m playing at home, either in Montreal or in Toronto.”

After that match, Raonic will begin singles action against the 10th-seeded Belgian, David Goffin. In their four match history facing each other, they have split the results, 2-2.