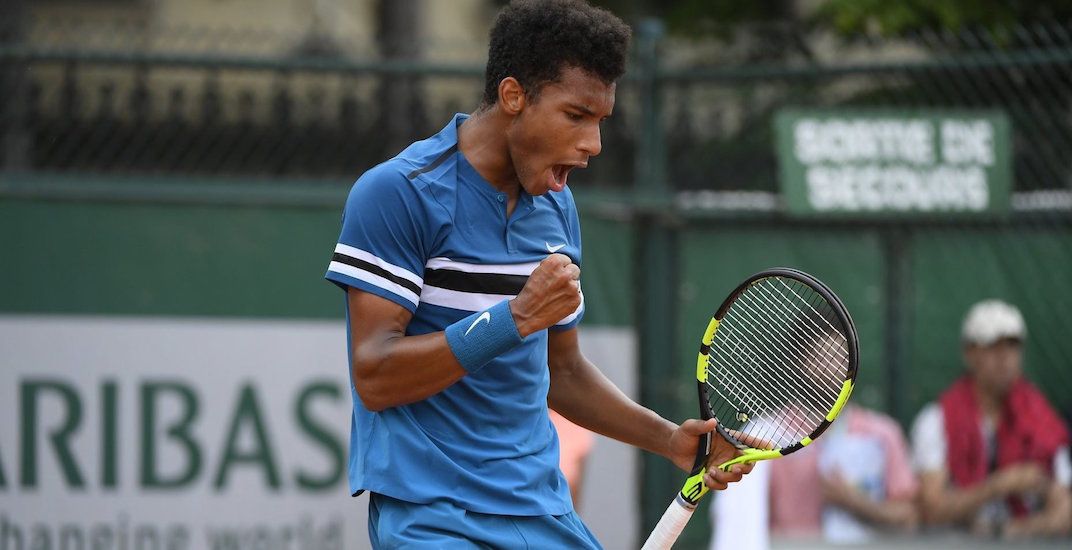 The Odlum Brown VanOpen just got a huge boost, as Canada’s next tennis star has committed to play in the event.

As a junior player, Auger-Aliassime was ranked as high as No. 2 in the world, winning the US Open boy’s singles title in 2016. A year younger than Denis Shapovalov, Auger-Aliassime is ahead of schedule compared to his Canadian counterpart at this time last year. Shapovalov was 186th in the world before his breakout performance at Rogers Cup in Montreal last August.

Moving up 50 spots since the beginning of May, Auger-Aliassime is currently ranked 139th on the ATP Tour, the highest-ranked player in the world under the age of 18.

The Montreal native is the youngest player to break the top 200 since Rafael Nadal in 2002. He’s also only the fourth player to win three ATP Challenger events before the age of 18, joining the likes of Novak Djokovic, Juan Martin del Potro, and Richard Gasquet as the only other players to do it.

“We are excited to hear that Felix has committed to playing in our event,” said Odlum Brown VanOpen Tournament Director Rik de Voest. “We have followed his fantastic results recently, and as one of the NextGen ATP players, we look forward to hosting him in our world-class city and have him showcase his skills and talents to tennis fans in Vancouver.”

Auger-Aliassime is the youngest player ever to qualify and win a main draw match on the ATP Challenger Tour, doing so as a 15-year-old in 2015. Last year, he became the first 16-year-old to win an ATP Challenger singles title in nine years.

After a one-year hiatus, the VanOpen returned to West Vancouver’s Hollyburn Country Club last year. The largest and most celebrated men’s and women’s professional tennis tournament in Western Canada and the Pacific Northwest, the event has a combined purse of $200,000. Previous winners of the tournament, which takes place from August 11 to 19 this year, include Maria Sharapova and Johanna Konta in the women’s tournament, as well as Marcos Baghdatis and Vasek Pospisil on the men’s side.