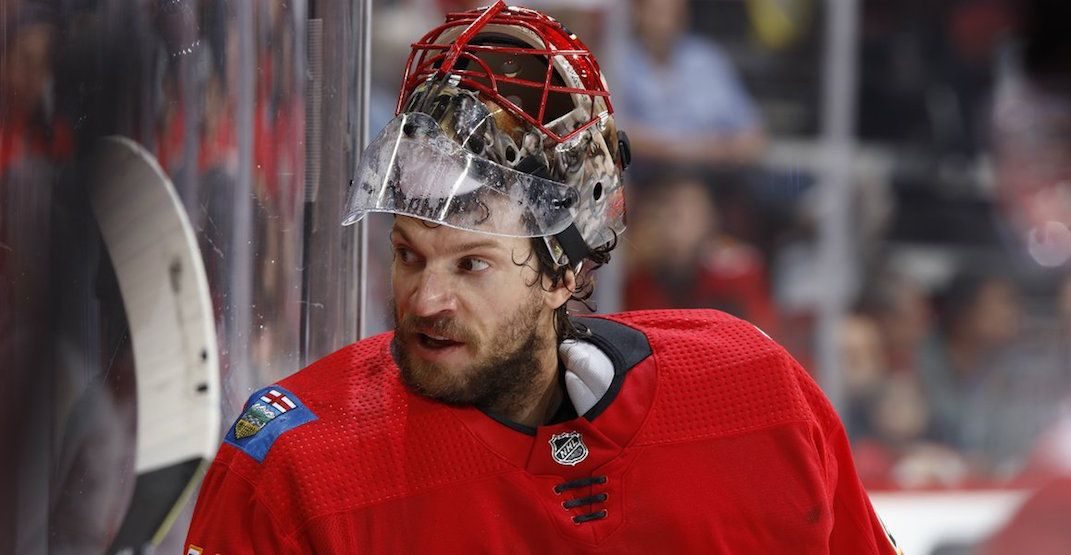 It appears Mike Smith will be heading to the NHL All-Star Game in Tampa Bay after all.

The 35-year-old netminder has been outstanding in his first year with the Flames, posting a .926 save percentage (sixth-best among starting goalies). Not only that, but Smith has been a workhorse for Calgary, starting 40 of the team’s 47 games.

And yet, he was overlooked when the league announced this year’s All-Stars two weeks ago.

Chosen in his place for the Pacific Division were Jonathan Quick (Los Angeles Kings) and Marc-Andre Fleury (Vegas Golden Knights). While both goaltenders had a better save percentage at the time (Smith has since surpassed Quick), Fleury was chosen despite the fact that he missed most of the season with an injury.

It was a snub that was corrected on Wednesday, according to a report from Sportsnet’s John Shannon.

All Star notes:
-Sounds like Brayden Point will replace Victor Hedman on Atlantic Team.
-Jon Quick is going to pass on the weekend. Replacement will be Mike Smith.
-Even if suspended, Marchand is expected to be in Tampa.

Quick is choosing to skip the All-Star Game, opening the door for Smith to go in his place.

This will be just the second All-Star appearance for Smith, who made his debut at last year’s game when he was a member of the Arizona Coyotes. He was particularly entertaining during the skills competition, showing off his excellent puck-handling.

Smith is 20-13-5 this season with a 2.41 goals against average, .926 save percentage, and two shutouts. If he can hold this save percentage until the end of the season, this will be his second-best year statistically, and the best he’s had since 2011-12.

This year’s skills competition will take place at 5 pm MT on Saturday, with the three-on-three All-Star tournament beginning at 4:30 pm MT on Sunday.